Available globally through your favourite bookshop. Or #AskYourLibrary.

By clicking on the ISBN numbers, you will find substantial discounts at the world's largest independent bookshop. To purchase download formats with covers, please visit New Eve Publishing. Thank you!

Snow fell unexpectedly in my hopeful seventh spring. It made shadows of the bare boughs. It sent shivers down the spindly spine of young birch. It found out the eroded pointing in the brickwork. With a gentle insistence it gathered along the window-ledges, made portholes of the panes and silenced the astonished birds. Flake by flake, it settled upon the lawns Simms had already mown twice that season, and obliterated the paths as though it meant business. Soon it had created a ghostly monochrome world. A child’s world.

No one guessed it was coming. The weather forecast had been promising. It came without warning, this taste of winter in May; a thief in the night...

...It was as we were stamping our boots, about to file in, that a resounding thud drew our attention. A young blackbird had collided with the window and lay, a tumbled heap of feathers, on the path. I darted to his rescue, but it was too late! He fixed me meekly with his beady eye and lapsed, quivering, into stillness. I stretched out a finger and stroked his soft wings. He was as warm as my own flesh and blood, poor scrap, so deceived by the reflected universe. I couldn’t take it in. I fell on my knees and moaned and rocked to and fro and refused to be comforted. How could I bear such passive obedience to order?

That night, I had a nightmare about the hole in the garden and how it could be made good before Simms found out. I awoke, sobbing, to the recollection of yesterday and that precocious silence about which I could never speak. 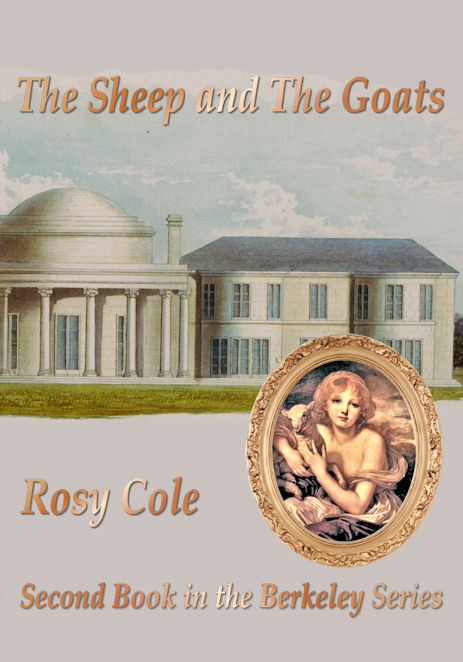 When the Earl of Berkeley narrowly escapes death in a duel at Arundel Castle, he realises the outcome is not what his opponent intended. His wife has been compromised by a deadly foe, Prince Ernest, Duke of Cumberland, brother of the Prince of Wales.

After a long spell of seclusion, the Countess is launched upon the beau monde. The couple strive to subdue gossip caused by the failure of the 1799 Pedigree Trial to recognise their first marriage. A careful strategy must be adopted to ensure their eldest son succeeds to his father's honours.The blood of kings and tradesmen runs in Fitz's veins and he struggles with a conflicted identity. In many minds, his courtesy title, Lord Dursley, is far from fixed, whilst his reputation for philandering is every bit as robust as Lord Berkeley's. Equally at home in Green Room, boudoir or barn, his proudest conquest is The Fair Greek from Smyrna, bewitching wife of the English Consul in Egypt.

Dursley's beautiful and tiresome Mama dare not put a foot wrong. The Prince of Wales is courting her favours and her watchful spouse well understands that safeguarding her virtue may exact penalties as surely as risking her good name.

Among other intrigues, Lady Berkeley finds herself caught up in the Delicate Investigation of Princess Caroline, banished wife of the throne's heir. A scandal involving risqué conduct and an adopted child brings the Princess into disrepute, a scenario exploited by her husband who wishes to divorce her. One of his chief spies, Lady Charlotte Douglas, grew up in Gloucester and is familiar with Mary Cole's past. She tells how a distinguished barrister once enjoyed a liaison with the Countess at a time she vows she was married.

The Earl's demise after a tragic accident means his widow must confront the House of Lords Committee of Privileges alone. Witnesses are summoned from every stratum of society and her history taken apart. Rogues emerge to stake a claim upon the Berkeley fortunes and romantics to set the record straight. The aristocracy closes ranks. Royal promises are broken and allies melt away as the lengthy hearing wends its sensational course before Cumberland inflicts the coup de grâce.

It seems the only emblem of true loyalty is a Jacobite white rose. 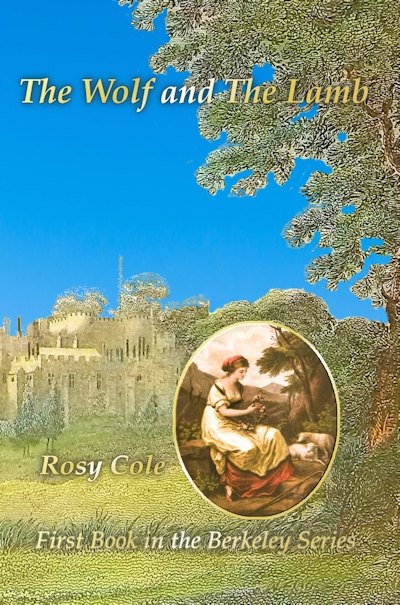 The air is fanned with feather fronds

The ground is strewn with boughs

A makeshift carpet tells the way

I go sure-footed as a goat

Upon the mountain heights

My precious cargo is a Lamb

I know I am a stubborn beast

My pilgrim rides as we are one

My back is never strained

The sun beats down, my tongue is parched

A mirage slakes the eye

To go the second mile with Him

The mirage does not lie

The cry of jubilation swells

The crowds love a parade

Their conquering hero comes to free

And is this whom my forebears shared

Their stable crude and stark

When heav'n bowed down to gather earth

He goes towards his destiny

And history will ever tell

I bore the King of Kings! From THE TWAIN, Poems of Earth and Ether

Between Caesar And The Saint 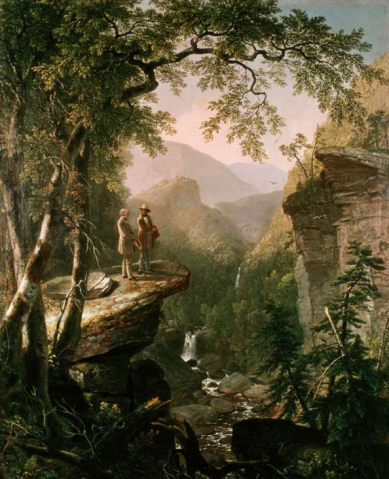 Between the Ides of March and St Patrick's Day

and all the glistening golden moments

tumbled helter-skelter into the ravine

and the startled roosting birds

unruffled, and scan the gilded rocks

at sunset in grief and gladness

From realms of Icarus the cascade fell

chuckling into the fathomless embrace

of blue oceans, knowing the ebb and run

of tides in the magnetic undertow

a revelation of sun-splashed waves by day

and moons angling for treasure by dark 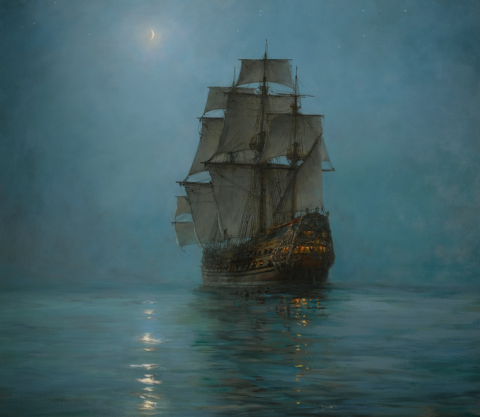 For true love is inexhaustible; the more you give, the more you have, and if you go to draw at the true fountainhead, the more water you draw, the more abundant is its flow.
Antoine de Saint-Exupéry
boundary breaker
ocean bites into the shore
like Eve the apple
cataclysm of ice-caps
old salt solution
rivers swell, banks break
tides roll and sweep, seethe and creep
deluging fissures
searching blind and blighted creeks
for enfranchisement
water sinuous
as serpent mythology
suggests oases
silently the silvered planes
mirror glass ceilings
virtual pome of
hardbitten technology
where's the salvation
in knowledge, remote control
of what was Eden?
winter follows Fall
frost exploits cracks in earth's crust
sun shifts latitude
earth and water, air and fire
reconfigure strife
civilisation
pales to liquidated text
rules of engagement
anticipate bottom lines
the Garden a maze
no visionary
stake in well-earned real estate
yielding fruit past the
sum of integral parts, still,
New Eve, New Adam 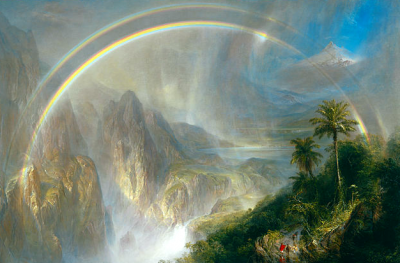