Incident Upon The Jungfrau

The Ballad of the Wild Sub-Rosa Rose He plucked a wild sub-rosa rose upon the mountainside,
Where gentian and edelweiss waved in the flowery tide,
He gave it to the maiden who accepted it, bemused,
It was not legal tender, but he could not stand accused.

No courtliness his form expressed; it seemed he made for sport,
To play the game with levity a well-bred maiden ought,
The stolen bloom was currency in realms of make-believe,
Feigned heart and soul of romance made for sniggers up his sleeve.

Glib ardour did not move her, yet his perseverance did,
He'd watched and learned to walk in step; how could she then forbid
So serendipitous a tie upon the outward path?
With no comparison to hand, 'twas easy on her faith.

The peaks shone white as angel robes and diamond-sewn their folds,
Their treacherous crevasses masked beneath the frigid cold,
The pair had chanced it merely to the halfway point by train,
Where summer meadows capered in the gentle warmth and rain.

He told her of a palace carved in ice upon the crown,
A crossover on skaters' blades defence for fragile bone,
The air was thin as razors, only ravens soared the clouds,
He hinted not at windows showing lachrymosal shrouds.

Some day they'd venture upwards and skim the glistening planes,
Glissando was his forte; a Pied Piper's fluting strains
She heard, and wondered wistfully at such a scheme of things,
Enough his love for two, he said (his gift for wind and strings!)

On Valentine's Day evening, he pitched her a proposal,
The moon rode high in vap'rous air, prospecting betrothal,
I think you've jumped the gun, she said. I know, he said, it's true,
A salvo on still waters can do much to shape the view.

They married on a luckless day of umbrous gloom and mist,
He, confident that wedlock would add sparkle to dull tryst,
Bade welcome from his balcony, benevolence well-mocked,
When she tried to cross the threshold, she found the door was locked.

Years passed: the wild sub-rosa rose did wither on its stem,
She placed it in a casket and lamented 'twas no gem,
But blood-black brittle petals told a truth beyond its thorn,
There's no buried cache of pearls when an errant knight pours scorn

On the heart and soul of romance in favour of brass tacks,
Oh, ash before the embers! And no lustre for the cracks!
A castle on false premises is tawdry sort of wealth,
And with dazzling manifesto, he captures her by stealth.

Lo! the chambers of his heart are hollow as bare graves,
Material expense can't buy the character he craves,
The walking dead reaps debt, to neither flesh nor soul gives host,
His alibi for living is a smoke and mirrors ghost.

For he was never honest and elusiveness cost dear,
He concealed so very smartly a taste for him, not her,
What matter if clandestinely he donned a different head?
To betray her with her gender was running in the red.

So the flower proved an emblem of a travesty untold,
No blissful bee alighted on its pollen-pad of gold,
When the fateful dart struck home, she determined to be free,
And burned the wild sub-rosa rose for all eternity!

The Flower Of Me As a fledgling writer in the mid-seventies, I was a member of The Browning Society of London which met regularly in rooms at St Marylebone Parish Church where Elizabeth Barrett and Robert Browning made their clandestine vows. It was, and still is, my ambition to write a novel about them. The tale is well-worn, but glitters and gleams with so many interesting facets that I believe there is room for at least one more. Since vintage years have begun to loom and life has furnished some pertinent insights, I feel better qualified to attempt the venture!

It isn't a project I shall be free to begin yet awhile, but the story of Mary Cole winds up in the Victorian era and I hope to continue writing about those times in a European context.

The destinies of the two poets collided a few months after the Countess of Berkeley died. Coincidentally, Lady Ashburton, who later gave enthusiastic recitals of Mr Browning's work, (and even proposed to him after they were both widowed) was connected to Mary posthumously through the marriage of her sister, Susan, with Charles Baring, her  ladyship's kinsman. Indeed, Louisa Ashburton's father-in-law, the 1st Baron Ashburton, had proposed to Susan Cole in America and had been accepted. He sent to England for his cousin, Charles, to draw up the nuptial agreement whereupon the fast fellow promptly fell head-over-heels in love and snaffled her himself! Susan had already enjoyed a string of distinguished lovers and had buried a husband, but soon settled down to a long and eventful life at Flat Rock, North Carolina, where her generous eccentricities were fully indulged and appreciated. She died one week before Robert and Elizabeth were married in the same church she had wed her first husband, James Heyward, half-brother of the American Independence signatory, Thomas Heyward.

Despite the limitations imposed by Elizabeth's health, the Brownings boasted a coruscating circle of friends and were at the hub of all that was avant-garde in the Arts, Philosophy and Politics. They numbered among their friends Mary Russell Mitford, Thomas Carlyle, George Sand and Frederic Chopin, Gerard Manley Hopkins to name a fine few. Browning was a cordial socialite, but it was his wife who was celebrated as the poet.

Entering their world again recently, I sought out a quotation written by Elizabeth when Browning was first suing to visit her after receiving his first volume of her poems.

What strikes is the sheer modesty of female writers of the day and Elizabeth was true to form. If inclined to an excess of humility, she speaks the truth of the matter as regards the creative process. It is a far remove from the culture of conflated idolatry we know now. I love it.

"There is nothing to see in me; nor to hear in me.--I never learned to talk as you do in London... If my poetry is worth anything to any eye, it is the flower of me. I have lived most and been most happy in it, and so it has all my colours; the rest of me is nothing but a root, fit for the ground and dark." Tweet
Recent Comments
Stephen Evans
It is a fascinating image - the artist as root, the work as flower. Or maybe the artist as air and the work as balloon - once comp... Read More
Friday, 12 December 2014 18:58
Rosy Cole
That, too, is an interesting image, Steve. We mature as people and as writers when we let our creations go and allow them to stand... Read More
Sunday, 14 December 2014 10:44
Anonymous
"...an excess of humility..."! Who could be accused of that today? Sometimes I think you lived through the Victorian era and even ... Read More
Friday, 12 December 2014 19:55
2523 Hits
10 Comments 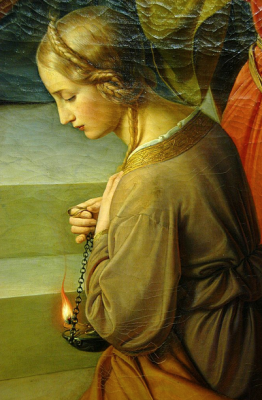 Between the Horizon and the Foreground
lies the focus of perspective.

Between the Idea and the Vision
lies undaunted faith and a steady eye.

Between the lamp and the flame
lies the replenished oil.

Between the Servant and the Master
lies humility and undying trust.

Between the Crisis and Deliverance
lies providence and disguised blessing.

Between the Winter and the Spring
lies the Epiphany.

Between the Messenger and the Nativity
lies incarnation within a human frame.

Between the Father and the Son
lies an earthly Mother's love.

Between the Desire and the Arrival
lies the fusion of the spheres. 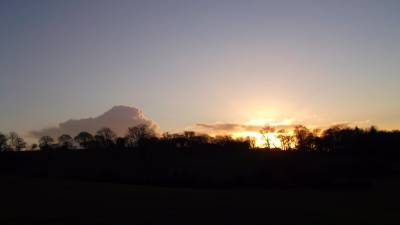 from The Twain, Poems of Earth and Ether

Tweet
Recent Comments
Anonymous
This is an engaging poem full of symbolism that would send me to the library for research. But the lines invite pondering and dall... Read More
Sunday, 30 November 2014 22:10
Anonymous
Rosy, I went over your poem again this morning and it reminded me of an argument I've had for years, especially with professionals... Read More
Monday, 01 December 2014 15:19
Rosy Cole
Thank you for reading the poem and commenting so appreciatively. It's not really one you can take in all at once and it invites th... Read More
Monday, 01 December 2014 17:15
2020 Hits
3 Comments On Thanksgiving Day we acknowledge our dependence. William Jennings Bryan

Give thanks for unknown blessings already on their way. Native American saying

What lies behind us and what lies before us are tiny matters compared to what lies within us. R W Emerson 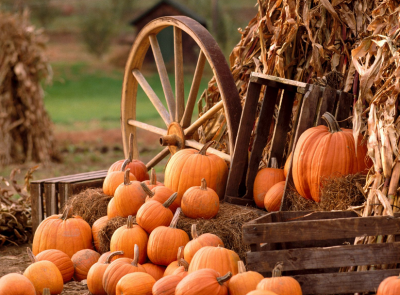 Wishing all American friends and colleagues a Joyful Thanksgiving!