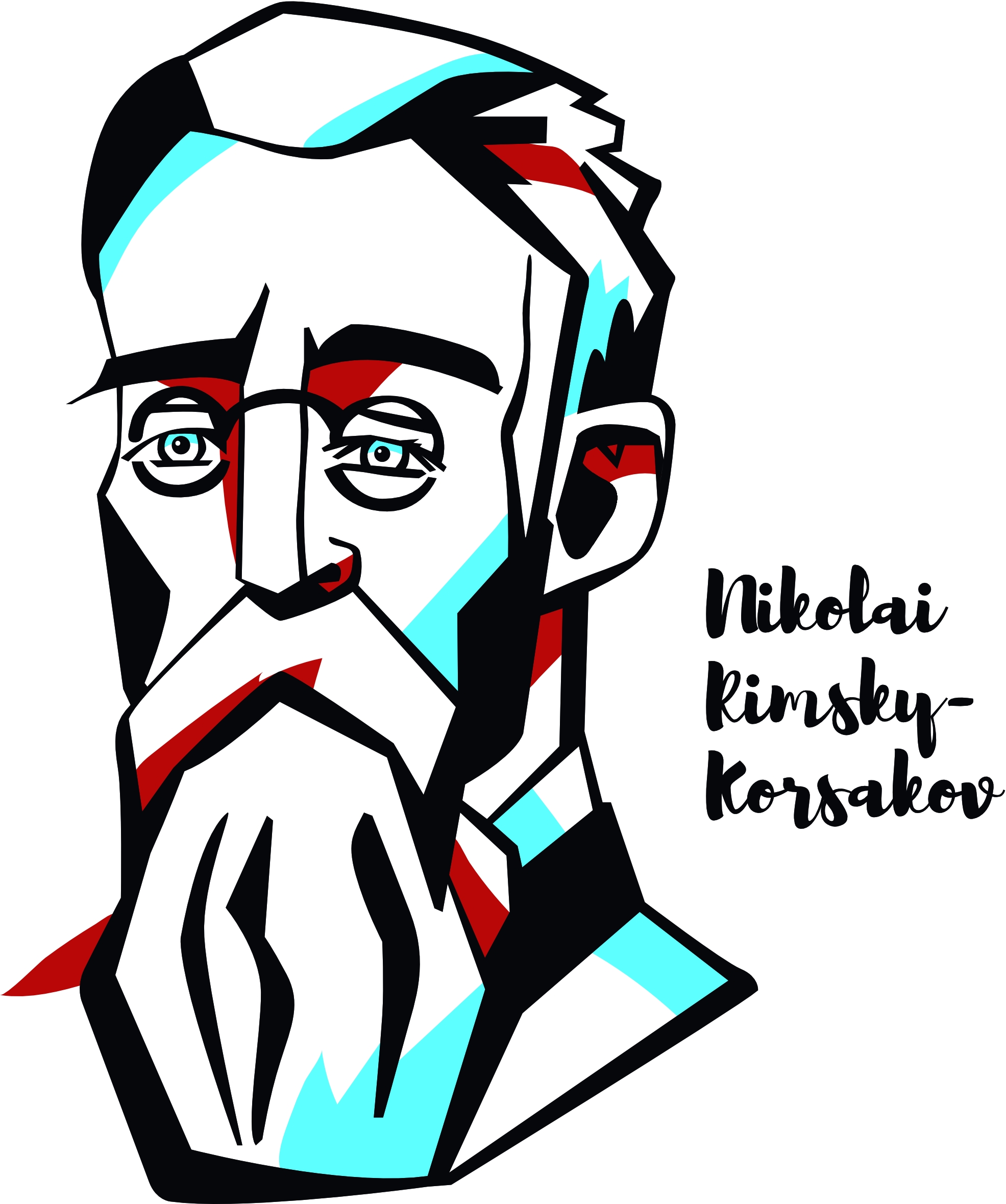 Bach and Mozart are the Masters. Grieg calls to my Norwegian heritage. And Handel to my history.

But it is Russian composers who gladden my heart. And I have been trying to figure out why.

I listen to music while I work. There is a set of cable TV channels that I have on in the background to fill the solitude. When on the job, I listen to a sort of Enya-esque new age music mostly from the 90s. When I am writing, like now, I listen to short classical pieces. The mix is quite good, from Praetorius to Cage, and I enjoy most pieces. But when a new piece comes on or something grabs my attention, it is usually a Russian composer.

I have been to Russia, though it was then the Soviet Union. In the spring of 1973, my high school senior class too a trip to Russia. We flew to Helsinki, took the train to Moscow for five days, then travelled to what was then Leningrad.

Moscow was grim and trim, with two occupying armies: soldiers armed with rifles and short stooped women wearing long coats and babushkas armed with brooms. There were machines on the street dispensing soda that tasted like bubble gum, not in cans but in a communal glass.

Leningrad was beautiful, with the proud calm Neva doing the sweeping.  The highlight was the Hermitage, the Tzar’s winter palace turned art museum, the first I can remember visiting, and the most beautiful.  The Russian people were friendly, even the soldiers for the most part. I fell in love with our stunning blond tour guide Tanya.

It was a grand adventure, though I lived on bread and tea (pozhaluysta, chay) and lost ten pounds in ten days, pounds I could not then afford to lose, and the only time I have been out of the USA except a brief foray to the Bahamas during my honeymoon.

But I don’t remember ever hearing real Russian music on the trip. We did attend the Bolshoi and saw Don Quixote (marvelous), but that was composed by Ludwig Minkus, who emigrated from Austria to Russia.

So I cannot account for my attraction to Russian music. But it is real. Prokofiev is my favorite. Peter and the Wolf (the puppet version especially), the Troika from Lieutenant Kije, most any of the symphonies make me stop work and listen.

Alexander Glazunov is another who invariably catches my attention. Stravinsky too – especially The Firebird. Even early Shostakovich. Borodin, who I first experienced through the musical Kismet, and whose String Quartet No. 2 in D underscored my play Monuments.

Strangely though, not so much Tchaikovsky, probably the most famous Russian composer, maybe because he always sounds like he is writing in another tradition. Or defining one.

So what differentiates Russian music, to the extent that I can tell it from other composers. I have yet to figure it out. Lesser dependence on strings. More flute and piccolo. And somehow underneath it all this pulse, this energy, this folkish joy. Some of all of those I suspect, yet more than the sum. But I can’t yet define what.

I suspect Nikolay Rimsky-Korsikov started it all. Rimsky-Korsikov, who was largely self-taught, wrote his first symphony while serving in the Russian navy. In the mid-Nineteenth century, there was a group of Russian composers referred to as The Five— César Cui, Aleksandr Borodin, Mily Balakirev, Modest Mussorgsky, and Rimsky-Korsakov—who attempted to (and apparently succeeded in) creating a Russian school of music. Rimsky-Korsikov then taught Glazunov, Prokofiev, and Stravinsky.

There is a wonderful patter song by Ira Gershwin and Kurt Weill, most famously performed by Danny Kaye, that lists 56 Russian composers. I haven’t listened to them all. But I should.

Maybe I would finally figure this out.

The Uses of Adversity 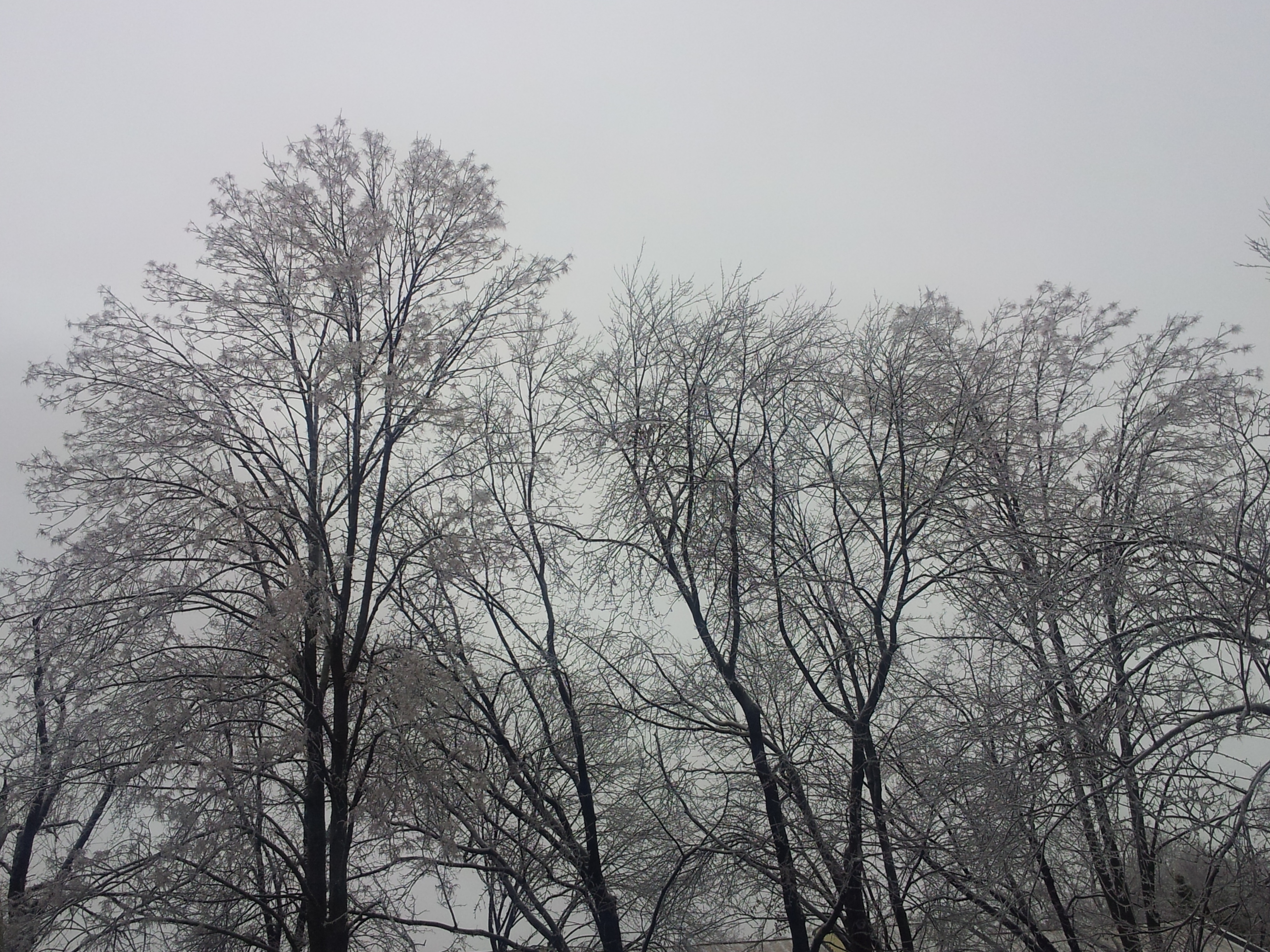 "Now, my co-mates and brothers in exile,

Hath not old custom made this life more sweet

Than that of painted pomp? Are not these woods

More free from peril than the envious court?

Here feel we but the penalty of Adam,

The seasons' difference, as the icy fang

And churlish chiding of the winter's wind,

Which, when it bites and blows upon my body,

Even till I shrink with cold, I smile and say

'This is no flattery: these are counsellors

That feelingly persuade me what I am.'

Sweet are the uses of adversity,

Wears yet a precious jewel in his head;

And this our life exempt from public haunt

Finds tongues in trees, books in the running brooks,

Sermons in stones and good in every thing.

I would not change it." 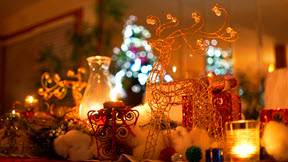 There was a Christmas long ago

And I was there and so were you,

And when we gathered by the tree

Joy had had gathered too.

And there were gifts and there was food

And there was laughter and surprise

And you would open gifts of mine

And love was in your eyes.

And on that Christmas long ago

As we sat round the table (square)

We spoke of family and friends

Who were no longer there

And now I wonder whether you

Gather round a tree somewhere

Tags:
Memories Christmas
Tweet
Recent Comments
Ken Hartke
Touching. And all so familiar. Thanks for the memories.
Sunday, 26 December 2021 23:12
Rosy Cole
Wistful. You do 'wistful' so well. :-)
Thursday, 30 December 2021 22:49
Stephen Evans
It is something so many feel around the holidays, especially as you get older. Today's joys seem inevitably to be qualified by the... Read More
Sunday, 02 January 2022 16:03
362 Hits
5 Comments

The Names of Colors 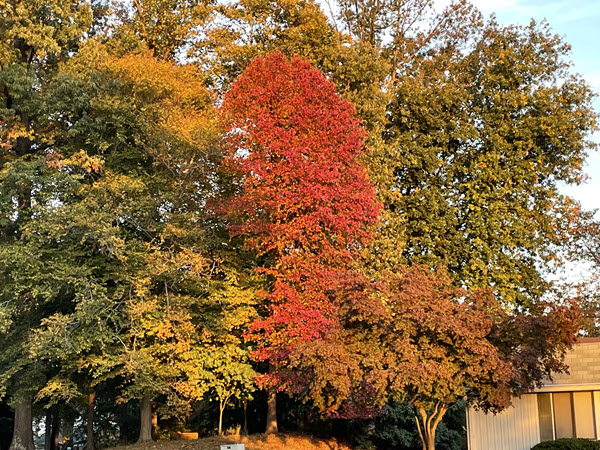 I know the basics, of course: Red, Yellow, Blue. 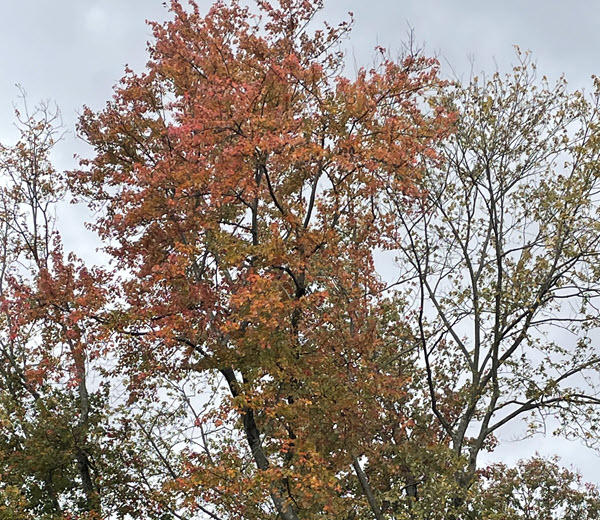 The watercolor set that has sat unused on my desk for so many years provides some help: cobalt, ochre, scarlet. 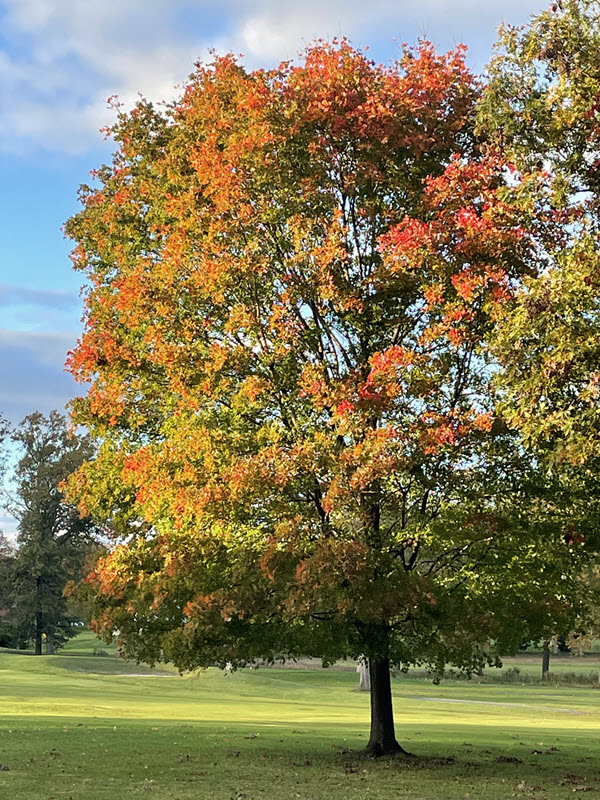 The colors of childhood crayons have remained in memory: burnt sienna, dandelion, indigo. 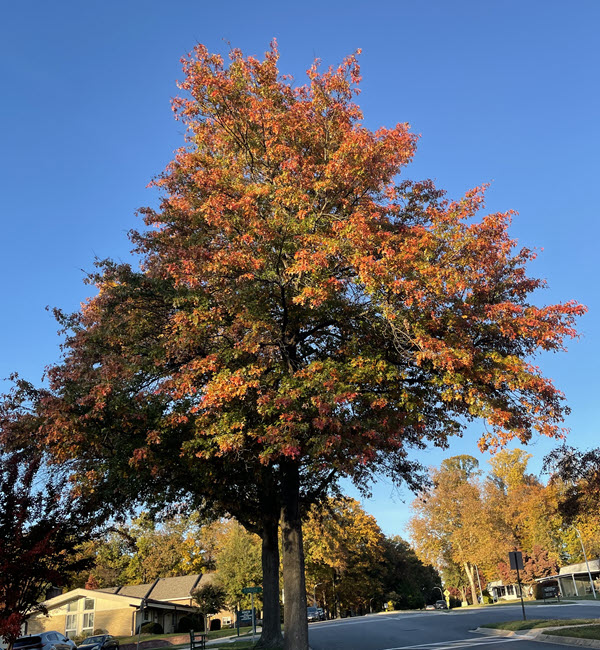 But this autumn has outrun them all. 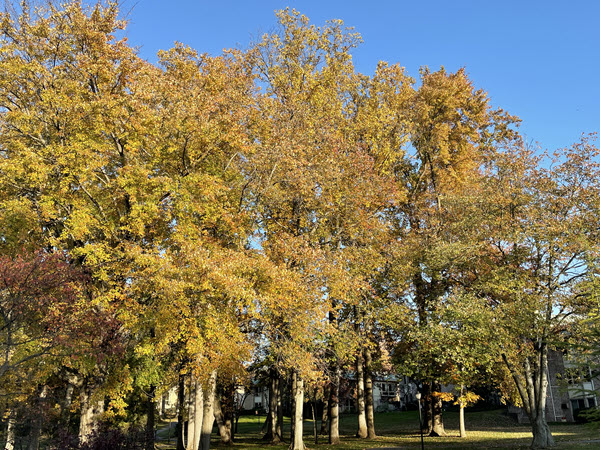 The trees themselves seem to be competing. 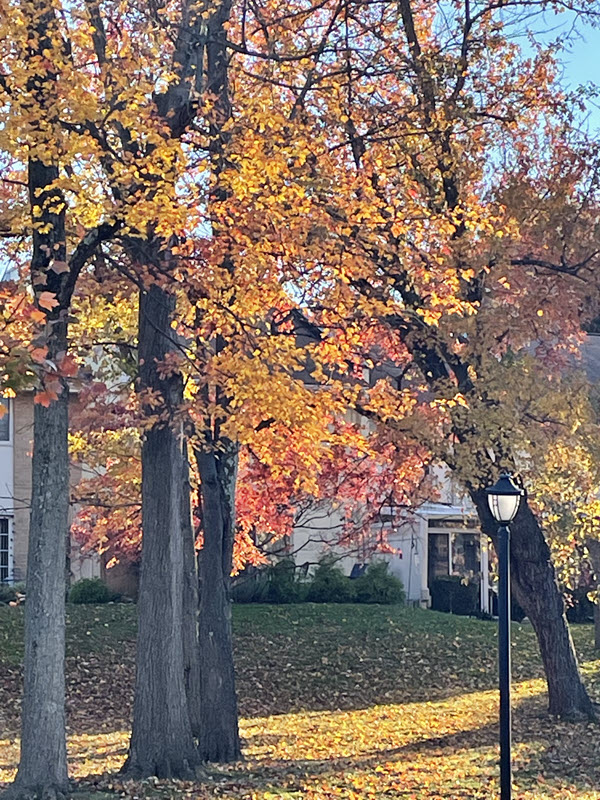 Even the little maple outside my porch has decided this year to join the game. 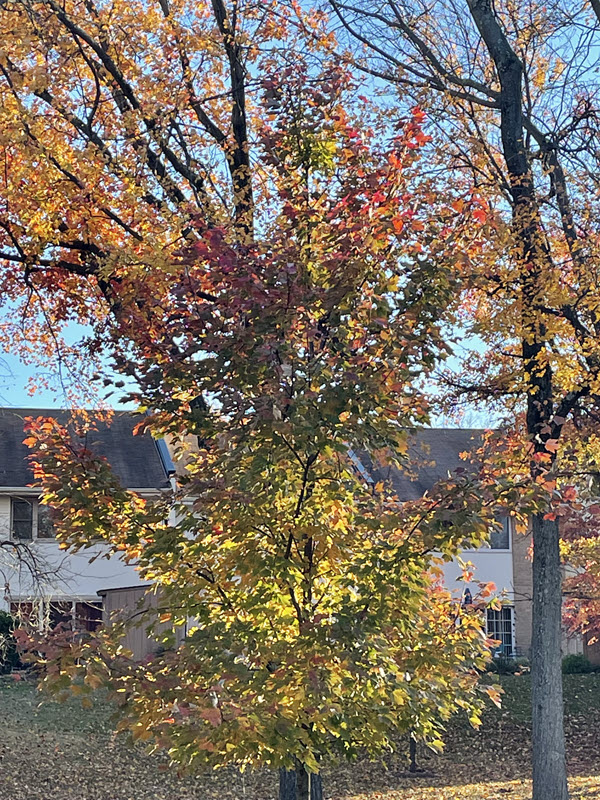 And the evening sun conspires with them all. 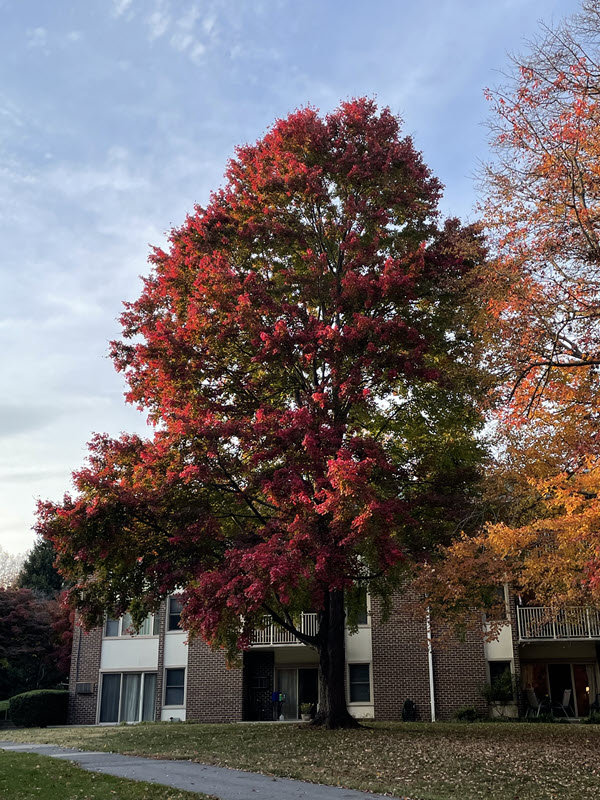 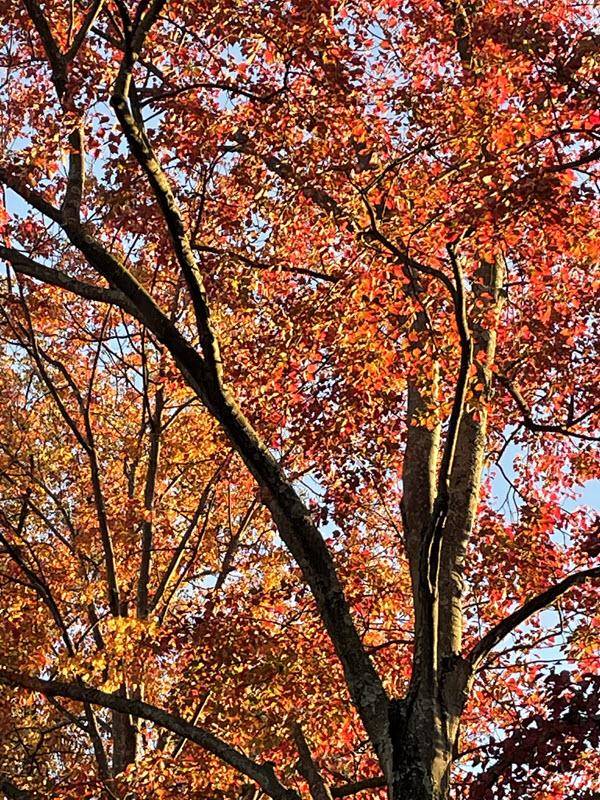 But I’m not sure there are enough.