Fixed text not showing in member to member message box.

Fixed the feeds imported get the valid id from the URL.

Switched off localisation features because this cannot be controlled from some devices.

Fixed wrong background colour used to show new blogs in the "Noises Off" when displayed in every browser except Google Chrome.

Added Profile Bar to On Stage.

Added this Changelog to footer menu.

Amended number of blogs displaying on Frontpage to 4. Added pagination.

Amended number of Noises off items displaying at once. Added pagination.

Fixed new feed notification button not getting the new items.

Fixed where restricted cover photo should not display in popup.

Fixed stream total items get overridden when there is a second attempt on calling stream link. 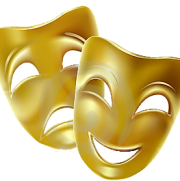