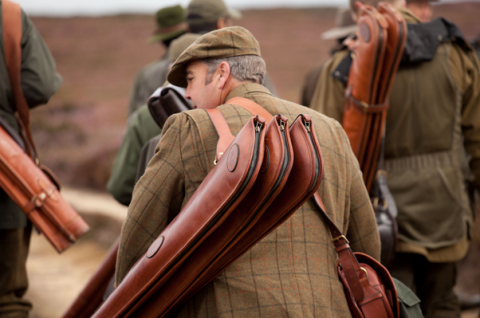 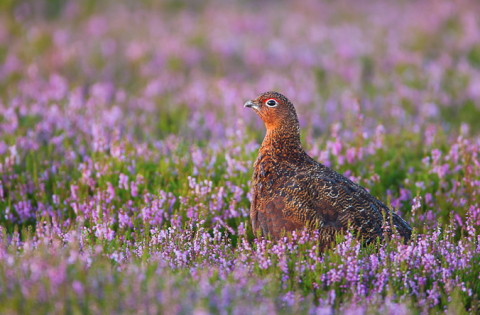 The Glorious Twelfth of August is the date on which the grouse shooting season begins and is celebrated, or at least noted, in the British Isles. In times past when bloodsports were an accepted feature of rural life and there was a reverence for the disciplines of nature conservation, no thought of political or ethical correctness entered anyone's head. There were races to get the best grouse from Scotland on to London's top restaurant tables within a few hours and the winner would have been headline news.

The season for the shooting of other game begins respectively on September 1 for partridge, and October 1 for pheasant, and goes on until February. There are different dates for other species, with seasons overlapping. Game licences have now been abolished both for keepers and dealers in Britain, and all game, except hare, can be sold year round, thanks to freezer technology which wouldn't have been available when the original Game Act was passed in 1831. It's interesting that the law forbidding shooting on Sundays and Christmas Day still holds good in a country whose Christian heritage, incorporating sacred bloodshed, is largely forgotten.

This reminds me of Isabel Colegate's The Shooting Party, a novel of jaded mores and pursuits among the late Edwardian aristocracy. It mirrors the ritual of blood-letting and the drive to outwit and conquer the lower orders. The tale is a microcosm of what happens within groups of the human species when arrogant assumptions about entitlement run riot. It is an ominous metaphor for the triggers in the psyche that precipitated World War 1 and saw a whole way of life swept into oblivion.

Such are the imbalances of nature, culling may sometimes be necessary. But the thing I note on walks with my dog, Jack, through the woods and fields of southern England, is the aggressive dedication with which game is conserved for sheer sport and greedy profit. (I am told there are fortunes to be made.) The birds are kept in pens, hidden deep in the woods, and artificially fed on a regular basis. “I'm back and forth all day,” says one keeper in a country journal. “My poults are eating like it's going out of fashion.” Actually, it is. They're eating like there's no tomorrow because they're terrified. Man is their enemy. These periodicals are plastered with legal advertisements touting for clients among those accused of breaking animal welfare laws.

Shooting goes on in season and out. (Who is doing the shooting and what they are shooting, I cannot say.) It takes place dangerously close to public footpaths and sends wildlife into a frenzy for miles around. Increasingly, walkers are deterred from using any but the safer long distance hiking routes. Paths are allowed to become rampantly overgrown, either by nature, or by tall crops, maize or rape, for instance. Stiles fall into disrepair and laths are rigorously trimmed with barbed wire. Occasionally, an electric wire will be continued beneath a stile step so that dogs can't pass through unless they are agile and confident enough to hurdle the barrier. 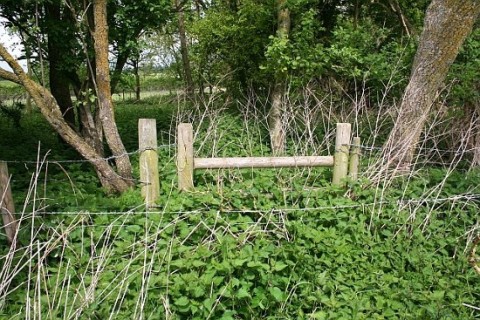 As some readers will know, Jack is a Springador. A pedigree cross-breed! A gun dog. He can roll uncooked eggs off the kitchen counter, carry them in his mouth, and disgorge them intact where he chooses. He can strip feathers from dead birds. He can catch rabbits in lightning retreat. It's what he does, what his ancestors did from time immemorial. His head lifts and his shoulders brace when he meets a pack of gun dogs on the foray. He wants to show them he knows what they're about. But as a domestic animal, he's been trained not to scare the birds and small mammals which visit the garden. Among them, we have a large family of wood pigeons, and one of collared doves, which are no problem at all. Jack understands that his job is to care for them on our patch because, in their gratitude – and they are trusting and interactive – they are helping to protect our fruit and veggies from micro pests. It's very touching how proudly they show off their raggedy new offspring who have yet to learn how to forage and how to take flights of distance. Perched on the fence, they croon their coos and reflect peacefully on life, keeping seagulls well at bay, whose plaintive din knows little abatement and very little night if they decide to roost nearby. Believe me, Larus Occidentalis is up well before the lark!

When Jack was a puppy beginning to investigate the sounds, scents and sights of his environment, he would bring in small pieces of granite from the garden and deposit them on my lap or at my feet. It took me a while to understand that these were treasure trove. He'd seen chunks of rose quartz, calcite and amethyst glinting on my desk. When, a few weeks later, he started exploring the English landscape, he'd retrieve used cartridge cases dropped in the grass. He loved finding them. Somehow, he knew what they were, that they were significant to his identity. But how I dread the sight of those articles now! And they are strewn everywhere! I know there will be dead carcases, heaps of torn feathers.

A couple of years ago, I came across a beautiful teal duck with its head tucked under its wing, who had died from a gunshot wound. When something like this happens, Jack will bury his nose in the feathers and snuffle up the smell like a truffle hound. A look will come into his eye and his demeanour change, his metabolic chemistry suddenly altered. He'll race across the fields looking for rabbit prey. And he'll catch one. Thankfully, now that he's on the threshold of his golden years, although he can still outrun his juniors, he's grown more laid back about the whole thing and seems to appreciate the 'big picture'.

Nature is red in tooth and claw but only mindless in the sense that it's ruled by the exigencies of survival. These instincts are heightened and subverted by panic through disregard of the eco-system by plundering, blundering, human primates who have the reasoning power to subdue their baser drives and employ their energies in constructive management. It seems that a proprietorial attitude to guns slackens our grasp on the awfulness of killing. And the ether becomes charged with our ethos.

Strangely, and this may seem contradictory, I think it's why we have to support our troops. We are asking them to expose themselves to all that, and what it will do to their lives if they survive. The ostensible causes of war are another issue, but, like charity, even they begin at home.

Peace within our walls and palaces. It may sound like a high ideal, but it's one that can change the world, and, if you look closely, is already happening. 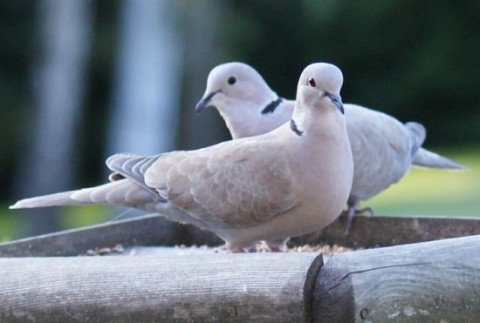