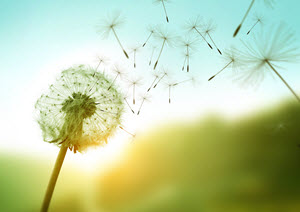 A few months back I accepted a new job that has since kept me very busy.

Writing unfortunately took a back seat.

Thoughts about writing would come to mind then I’d forget.

Something about work always got into the way.

Today is a conscious mindful effort to sit down and write.

How I miss this moment!

Where do I catch up from?

A favorite cousin suddenly passed away at age 59.

Dad at 91 has been waking up and thinking about his travels.

Having lost a loved one all too soon I told myself, “gotta do this one last time for dad!”

Without hesitation and with doctor’s clearance I booked us a weekend flight to an old haunt.

Where I live, a short trip to Hong Kong has always been the next best thing to a long flight.

It’s not going to be an easy getaway because dad requires strict and close attention.

Nevertheless, it’s going to be fun and memorable!

Something I’d like to do for dad as time is not so much on his side at his old and tender age.

The weekend break will serve me well too.

I tend to get very caught up with the demands of my job.

I love it but it eats a lot of my time!

Fortunate in the sense that being single, I can dictate my time.

The girls have their own schedules and they aren’t home much of the weekend.

Therefore, keeping myself busy, whether work related or something else, is perfect for me.

Just as I am about to take off for the carwash, thought I’d sit down and talk to myself.

So here I am, just sharing bits and pieces of what’s been happening in my life.

Most of all, very grateful for the good fortune and peace I now have in my life.

Back now from lunch with dad.

Bought him some doughnuts to go with his coffee.

Still have a few hours to go before sunset.

Gotta dash out again and finish off what’s left in today’s list.

‘… and never regret anything that makes you smile.’

‘… and never regret anything that makes you smile.’ I emailed that to a lovely man who spoke of the back pain he experiences from degenerative discs and the time he’s had away from work to manage that pain. DB’s cute description of ‘anything from picking up a pair of socks to coughing will see it chuck a wobbly’ made me smile and I hoped he’d had an opportunity to smile that day given his suffering.

That was in the morning.

In the evening, I discovered an old friend’s sister who I’d grown up with, had made another attempt at taking her life. This time she’d succeeded, whether she meant to or not, and her children had to make the decision to turn off their mother’s life support. Gut wrenching. It made me think of the rest of Mark Twain’s quote –

I wondered about my old friend's sister and whether she had a life that was full and meaningful to her. I believed she did. While I was sad that she was gone and for the family and their loss, my sadness was for the anguish my old friend's sister must have endured through her life. Or had she? Her life was what she knew and who was I to judge it as one of enduring.

Mental ill health is growing by the minute. I see it in people around me and what I consider ‘extreme’ actions they can take. But to them, those actions aren’t extreme. It’s a way of coping with the daily torment they live with. It’s their reality. Their life. It may not be one of torment that I understand torment to be.

Some take ‘extreme’ actions that make perfect sense to them. I’ve seen what I consider most irrational actions being taken where the person taking the action believes it to be perfectly rational – the shaving of eyebrows because it looks good, talking to Lucifer and the dodging of cameras in every corner of their own home and in the streets, following their every move. The spying that occurs from being followed, to the point where holding up a 711 store at knife-point to distract those spies from following the family, to protect them, is the only answer, and the swallowing of pills, because that’s the only way.

Years have taught me to not inflict my biases onto those actions and the reasons behind them, to accept them as actions relevant to the person. I don’t have their experiences so how can I know. Truly know. It’s not easy or straight forward for anyone experiencing mental ill health to understand the effects of their thoughts and actions on others. The illness is all consuming, and a reality onto its own.

Someone said to me yesterday that if the friend's sister could see the hurt she’s caused, she wouldn’t have taken her life. While that may be a ‘Christian’ view, it’s not one I hold.

There is almost always commentary about the selfish act that suicide is. But what of the person experiencing the pain to the point of having no alternative but to take that action? I’m not sure they could see past their torment to understand the impact of their action. To me, there’s a selfishness in those that hold such beliefs that those experiencing such torment should act in ways that are appropriate, as appropriate in their eyes. I’m trying to be kind here!

Every day is a reminder to live life in a way that matters to me - Mark Twain ensures that, with his quote sitting on my desk for me to read each morning. He’s done that all year.

While I work hard and may not take on each of those elements every second of every day of my life, I do aspire to them and make a solid attempt at achieving them. I can’t have everything all of the time and can’t always fit everything into a day that I might want. Life’s too short too for regrets and each mistake is a learning from a new fork taken in my road.

I found myself commenting to one of my boys last night on something similar: don’t do things because you feel you should. Do them because you want to. Go out with that friend because you will enjoy it and not because you feel it would make them happy. There’s a level of deceit in that to them and you. It’s a balance of self-respect versus being selfless. Be happy to do that something for someone else.

Standing beside DB the day after we emailed, wearing what my mother calls my grandmother’s bright pink floral, flowing dress, his grimace was all pain. He commented that his back probably threw its current wobbly because he’d been busy balancing work and finishing off his study for the year. I replied to his asking of how I was with being good and sometimes not knowing what day it was. What I wanted to say was sometimes I leave the house and am driving to work or University and I look down at my legs to make sure I’m not still wearing my pyjamas as I rush around trying to do so much in the morning that I don’t remember changing! (But I didn’t want to embarrass myself saying that in public so I’ll say it here instead.) He acknowledged the need for slowing down and taking it easy. Perhaps I should have sent him the whole quote.

I’ve been called many things over the years – queen of clash, being too gung-ho or aloof, asking too many questions or never doing anything ‘normal’. It's probably all true but I'm pleased I have a true appreciation and understanding that life is short.

Time is lost in all ideals of time, where the cocoon has toughened as tungsten steel.

Diamond tips tap to tunes of break free, seeking to escape to a place of new. They sometimes grow as clashing bangs that smash through a weakened fissure into sun shining onto fields of sunflowers waking in the heat of summer. The scent of new life intoxicates to an exhilarating trepidation.

Sometimes those taps are barely auditable whispering feathers and no amount of push can break free. Eventually, the trap secures. The trap becomes all that's known: the norm.

I attended a funeral today.

My mother’s brother passed away.

Sad way to end the year however, liberating.

He is finally resting in a good place.

Looks like it’s going to be a gloomy night.

It’s been showering all day.

It would be nice to see fireworks light up the sky.

I am thankful for a productive year.

Thank you God for keeping watch over me.

As this year comes to a close I wish great a Happy New Year ahead!

I am looking up and looking forward!