Fishing in the Sky 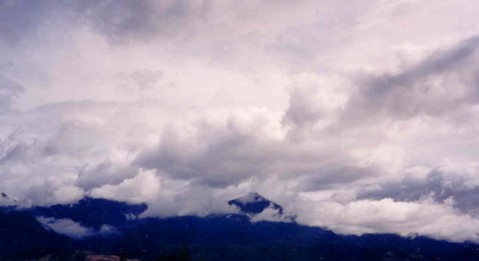 As part of my stay-at-home regimen, I have been rereading Walden. I have consulted it often, but not read it through for many years. When I first read it, I was as enthralled as any child of the Sixties could be, and thought it the American finest prose of the Nineteenth century. I was curious what my reaction would be now so many years later, and having been thoroughly influenced by Thoreau’s mentor Emerson.

The first chapter, Economy, I have to admit, was disappointing. The tone seemed to me preachy and self-satisfied, like someone shouting on a street corner, with only occasional bouts of elegance and depth. Also the math seems suspect , but since that’s not my strongpoint either I’ll pass over it.

The second chapter, Where I Lived an What I lived For, is all the Thoreau I remember. Let me share one passage:

Let us spend one day as deliberately as Nature, and not be thrown off the track by every nutshell and mosquito’s wing that falls on the rails. Let us rise early and fast, or break fast, gently and without perturbation; let company come and let company go, let the bells ring and the children cry,—determined to make a day of it. Why should we knock under and go with the stream? Let us not be upset and overwhelmed in that terrible rapid and whirlpool called a dinner, situated in the meridian shallows. Weather this danger and you are safe, for the rest of the way is down hill. With unrelaxed nerves, with morning vigor, sail by it, looking another way, tied to the mast like Ulysses. If the engine whistles, let it whistle till it is hoarse for its pains. If the bell rings, why should we run? We will consider what kind of music they are like. Let us settle ourselves, and work and wedge our feet downward through the mud and slush of opinion, and prejudice, and tradition, and delusion, and appearance, that alluvion which covers the globe, through Paris and London, through New York and Boston and Concord, through church and state, through poetry and philosophy and religion, till we come to a hard bottom and rocks in place, which we can call reality, and say, This is, and no mistake; and then begin, having a point d’appui, below freshet and frost and fire, a place where you might found a wall or a state, or set a lamp-post safely, or perhaps a gauge, not a Nilometer, but a Realometer, that future ages might know how deep a freshet of shams and appearances had gathered from time to time. If you stand right fronting and face to face to a fact, you will see the sun glimmer on both its surfaces, as if it were a cimeter, and feel its sweet edge dividing you through the heart and marrow, and so you will happily conclude your mortal career. Be it life or death, we crave only reality. If we are really dying, let us hear the rattle in our throats and feel cold in the extremities; if we are alive, let us go about our business.

Time is but the stream I go a-fishing in. I drink at it; but while I drink I see the sandy bottom and detect how shallow it is. Its thin current slides away, but eternity remains. I would drink deeper; fish in the sky, whose bottom is pebbly with stars. I cannot count one. I know not the first letter of the alphabet. I have always been regretting that I was not as wise as the day I was born. The intellect is a cleaver; it discerns and rifts its way into the secret of things. I do not wish to be any more busy with my hands than is necessary. My head is hands and feet. I feel all my best faculties concentrated in it. My instinct tells me that my head is an organ for burrowing, as some creatures use their snout and fore-paws, and with it I would mine and burrow my way through these hills. I think that the richest vein is somewhere hereabouts; so by the divining-rod and thin rising vapors I judge; and here I will begin to mine.