Stitches In The Tapestry 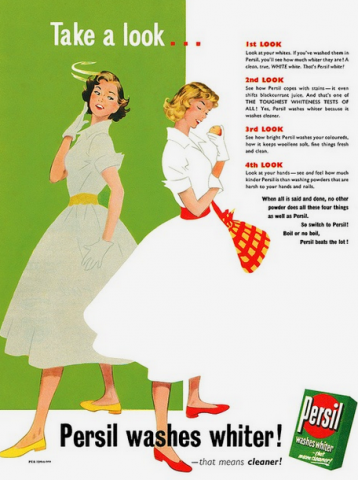 When I was at elementary school, the term 'latch key child' was in vogue. Poverty and war widowhood had produced a few of them, but they were spoken of in compassionate whispers. Your mother didn't go out to work unless she couldn't make ends meet. She had her pride. So did your father in his role as breadwinner. When other families invited such children to tea a little too frequently on an understanding nod, their mother would spend her evenings embroidering linen tablecloths and knitting scarves to give as 'thank you' presents.

The women who had worked on the land and in the factories during two World Wars, as well as keeping the home fires burning, had returned indoors to contemplate a nuclear future.  The ambition kindled in them was focused on rebuilding family life within a whole new framework.

Your father worked in some place that was hearsay and your mother grew vegetables, preserved jam and chutneys, bottled fruit, baked bread, cakes and pies, crocheted garments, cut old rags into strips and dyed them bright colours ready for hooking on to a canvas backing and producing the multi-textured rugs that would last for decades. She knew how to unpick cardigans and wash the wool to straighten it before conjuring something new on her knitting needles. Your mother went off to market to seek remnants of parachute silk and offcuts of tweed which, by some sleight of hand and mechanical wizardry, she turned into finely tailored clothes, and curtains and eiderdowns, entertained the while by Mrs Dale's Diary and Workers' Playtime on the wireless.

Nonetheless, the obsessive perfectionism that prevailed put the poor woman in a grim mood. Secretly, you reckoned you could hear the cloth shrieking as the needle plunged up and down under her laser gaze. A stitch in time saves nine. And when you arrived tired and hungry after an hour's journey and she was up a ladder hanging wallpaper, don't mention it. Just be thankful she did a first-rate job and didn't have to call in the decorator.

But Mondays were the worst. You prayed for rain on Mondays. You trod on eggshells when you got home from school because she'd been in fair old lather having spent the day dollypegging and mangling and rinsing again and again with Reckitt's Blue. It was hard labour. Top-loading washing-machines were on the way, with their oscillating agitators, but didn't altogether do away with the heavy haulage of wet sheets and garments. Your whites had to be whiter than the neighbours'. Persil washes whiter...that means cleaner, said the adverts. Your school uniform shirts had to be pristine as fresh snow. And twilled cotton sheets and pillowcases were always white, albeit often threadbare and thin as muslin. This meant splicing sheets in two and seaming sides to middle, a cunning ploy to keep the purse fastened.

Bright candy-striped linen didn't arrive until the early sixties and what an innovation that was! The Great Exhibition of 1951, on the centenary of Prince Albert's, was mounted to show off Britain's inventive genius. It suggested a revolutionised way of being and fostered aspirations never conceived by humble folk. A nation that was all but bankrupt and had been preoccupied with digging for victory and 'making do and mending', found itself still stuck in the Edwardian era so that change did not come in gradual increments. Out went the charcoal blankets, edged in red stitching, and mattresses with black 'ticking'. Out went the crazed ceramics and enamelled and aluminium cooking pots, in came the pyrexes, stainless steels and melamines. Out went the jutting utility furniture against which you kept bruising hip and thigh, in came the light, bright, minimalist styles influenced by Bauhaus design and Swedish clean lines. If that was too great a leap, there were well-crafted antique reproductions to choose from, which were more to your household's taste. Your mother's prudence and your father's executive job and clear head with money enabled a new home and a new outlook that was tuned into the vibe. Peace in our time. The world was going places at last! Look after the pennies, and the pounds will look after themselves. 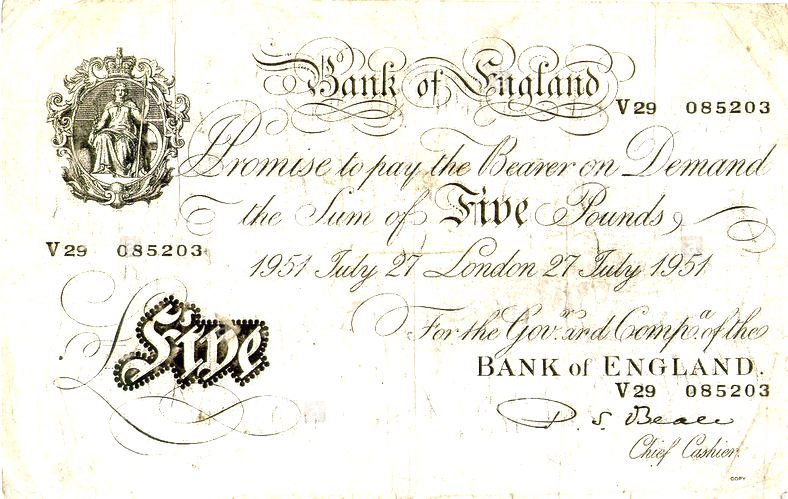 Five pounds notes were large and white in those days, printed in black in a florid font and were a truer reminder of what was owed, and what was owing, than the Monopoly versions superseding them. Just one of them might represent as much as a week's wages, or at least required only modest supplementation. Ten pound notes were unknown in daily currency among honest mortals and would certainly have been a sign that you were up to no good.

Your mother watched, one foot on the accelerator as the nub of your wings began to sprout, urging you to do better, to get a good education and increase your chances. At the same time, she lassoed you back with warnings about the wickedness of the world, dreading the prospect of the abyss, the loneliness brought about by lack of purpose and family network, the dearth of opportunities for her gender beyond the front door. Whereas homemaking had once been a respected career in itself, and an asset to community and country, since the Wars, domestic and parenting skills were seen as subsidiary to increased productivity and the 'real' business of living. Investment in future generations came by external means.

Only five per cent of pupils went on to university in those days. It was not an automatic choice just because you'd achieved prize-winning grades. Your school was noted for offering a free classical education with excellent academic results. Even so, entry to university was so prestigious and particular, successful candidates were announced in Assembly after daily worship. The staff drummed into you that it was a tremendous honour, as great as being selected for grammar school in the first place. Like most scholars, you assumed those dreams didn't apply to you. You had to make your own way. The gateways an honest girl could step on the ladder of success were few and far between. They were expected to marry and that was that. You thought you'd seen enough of that estate to last a lifetime and you had no idea of the power of the 'flow' that might bend you to conform to society's expectations.

The gingham dog and the calico cat
Side by side on the table sat...

A wife, if not quite the item of property her ancestors had been, was still pledged 'to love, honour and obey' her husband, come what may, and divorce, as well as being fiendishly difficult to obtain, carried a heavy social stigma unless you were a star. Moral codes were such that you scarcely knew whom you were marrying until it was too late. It was the luck of the draw. The terror of pregnancy outside of wedlock loomed large and many a woman's life of that generation was blighted by cruel treatment and the existential agony of having to give up her child for adoption.

Women didn't qualify for mortgages and a married man could only borrow a sum based on a quarter of his income, even if his wife was in secure employment. Like many other radical changes in the law which are taken for granted now, that was still to come. The choice of independence via a decent education has been hard-won for women.

Fast forward to the new millennium when the term 'units of funding' had become a thing. Higher education was for all, no matter if the substance of grades would have made many a kindergarten blush in former decades. It was anything but 'free'. Future governments had to be kept afloat and the jobless figures sunk. Yet none of it had much relevance to employment or what needed doing in order to provide a decent standard of living and advance human well-being while taking care of the planet. The notion of ploughing back profits into businesses and institutions, for the benefit of all, was redundant wisdom. Prosperity depended on long-term borrowing and permanent debt in the service of creating wealth for a minority.

Perhaps it is nature's hidden engineering, forcing a return to a wider family structure, that has seen a trend in adult children (plus families) seeking refuge in the parental home sooner than mortgage their future to a volatile economy which is failing them on every front. By that means, you dare hope human need may be better supplied and mutual support enjoyed in life's changing circumstances.

Women, it seems, have pretty well turned full circle. Subtle inequalities still abound in the workplace. The more pressing need is often the pragmatic one and the more loving one, among their families as the childminders and carers of the generations up and down. Today, they are called upon to juggle competing responsibilities and the chaos of the modern household. For women are the vital threads they have always been in strengthening the tapestry of life with their feminine gifts and perspective. Only now, the role does not have quite the same kudos, or command that respect it did three generations ago.

You can't help remembering how the butcher, the baker, the ironmonger and haberdasher stood to attention when your mother crossed the threshold. Perhaps they knew how privileged they were. She would normally have marched off to market, bent on outwitting the retail industry!

But back then, the customer was always right and shopkeepers couldn't do enough for her, even when their banter was met with a look that suggested she had bitten a crab apple! 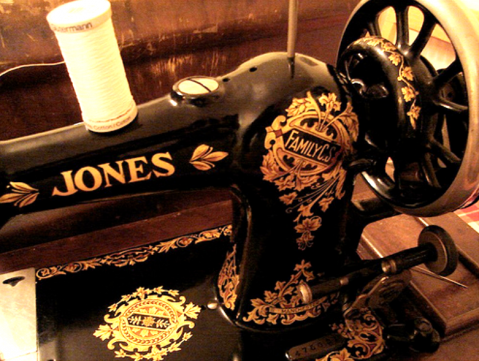