On the Importance of Toasters

Paula and Iris are drinking ‘coffee’ in the office kitchen.

Iris turns back, tears in her eyes, unable to speak.

“I'm sorry. It's just that. I’ve often thought that. If Stan and I had had the right toaster, our marriage might have been saved.”

“What makes you think that?”

“Did he take the toaster?”

“I gave it away. Too many memories.”

Paula sits back. She entwines her middle finger around a cheese doodle. Tiny doodle grains fall to her palm, forming images on her hand, pictographs in an incomprehensible junk food idiom. Possibly a ring. Or a circus. Or an octopus. She gazes at the inscrutable figures, wondering at their meaning. Doodle grains. Toast crumbs. There is a significance, a serendipitous collusion of metaphor, that she can’t quite grasp. She knows a marriage depends on it. But whose?

“We gave you that toaster, didn’t we?” she says finally.

“I don’t blame you,” Iris says. “If it hadn’t been the toaster, it would have been some other appliance.”

Paula and Iris hug. The other employees in the kitchen leave silently and quickly.

A Bit of Entertainment 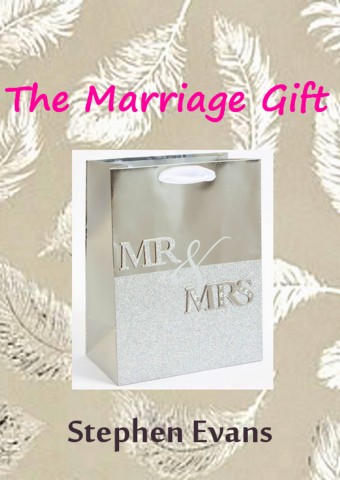 James is lying on the couch, watching a movie dubbed in Spanish. Hola Butch. Hola Sundance.

Paula sits at the kitchen table, reviewing and sorting a stack of mail. She is armed with a sterling silver letter opener with a handle cast in the image of a snake swallowing its tail, probably a wedding gift, since no one would ever buy one like that for themselves.

Paula rips open an envelope, shredding the paper with the dull not quite tarnished but slightly discolored blade, then dumps the envelope in the recycling bin next to her. She fans out a stack of coupons like a deck of cards, then chooses one.

“Here’s a coupon from that place.”

She waves the coupon in the air like a flag of truce.

“No, that's that other place. This is the place that had that good...”

“Right. Anyway, I’m putting it in the coupon drawer.”

Paula sets it in one of several piles of coupons. James emits his trademark snortlaugh.

“Future generations will thank you,” he says.

Paula turns, lifting an eyebrow. After all, it is James who insists on letting his life choices be driven by random postal discounts.

“What does that mean?”

James sighs, but manages to elevate off the couch. He crosses to the coupon drawer and pulls out two handfuls of old coupons.

“In ten million years, an alien archaeologist is going to open this drawer and find coupon fossils. It will conclude that we foraged on these during the winter.”

He is suddenly curious.

“What do you suggest?” Paula asked.

He grabs the latest coupon from the pile.

“I suggest we use it now. I’m still hungry.”

James goes to the phone and attempts to dial while holding the coupon three inches from his face. He succeeds, having had much practice because he can’t find any of the twelve pairs of reading glasses he has placed carefully throughout the apartment.

Paula slices open another envelope, surgically extracts another coupon, and makes another contribution to the recycling bin.

“Hey look, we either won a new Cadillac, a microwave oven, or a genuine cubic zirconium ring.”

“Oh, I hope it’s the ring,” James says while nodding his head to the on-hold rhythm. He is shocked into awareness by a voice.

“Yes hum uh hum we’d like to order yes I can hold.”

Paula deposits the coupon in an alternate yet carefully chosen pile.

“Do you think all zirconium is cubic?”

“Couldn’t there be triangular zirconium?”

He covers the phone and whispers to Paula.

Paula places the phone bill in the bill pile. The envelope flutters down into the bin.

She opens another one.

“You knew that too?”

He covers the phone again.

“I think I called the Psychic Pizza Network.”

He uncovers the phone.

“And make sure it has lots of those little...”

She tears the envelope in half and releases it into the bin.

“You’re not listening to me.”

She tears the picture up and tosses it in the bin.

“It is with someone who doesn’t listen.”

“I could make it myself in less time than that.”

She rips opens another envelope.

“But then it wouldn’t have those little...”

The envelope flutters into the bin.

I Wish the same for ME

He has been especially GOOD to my sister.

After all that she’s been through, God delivered!

She’s paid the price and done the time.

If there’s anyone who deserves God’s grace, it’s her.

I wish the same for me too.

The wart of small mindedness 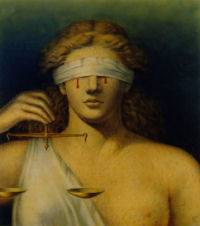 Last week again, that ‘I know best’ supreme ego reared to block the right for same-sex marriage in Australia. In simple terms, the Prime Minister's party room decided to stand in the way of recognising marriage equality after a six-hour debate that resolved against allowing a conscience vote.

The gall of the ugly wart of small mindedness, festering within a handful of people who believe that they can stand in the way of two people expressing their love for one another through a commitment that is meaningful to them. And to see this handful behave in a way where they yield a power to make such a decision based on what they believe is right, without having a level of empathy and emotional intelligence to ‘read’ what society wants, to listen to what society is saying, or even be bothered to ask. They after all, are representing the people.

You have to wonder what century we’re living in. Oh that’s right, the same century where the government continues to turn their back on asylum-seekers arriving by boat in the hope of finding refuge. That’s another story.

It’s embarrassing that we continue to discuss this right for marriage equality.

No-one has the right to tell another how to live their life (without harming others of course), let alone how they commit to the one they love. It's a taint on the notion of love. Real love. On who should love who, why, and how that love is cemented in commitment, whether founded on the belief of the sanctity of marriage or not. The ability to marry only if two people are of the opposite sex is an incredibly warped concept.

Love isn't something that can be reasoned or slotted into neat compartments. It just is. It can sprout from nowhere, unexpected, whether one is looking for it or not and without ticks in boxes to indicate ‘the right love’. Love comes from the heart and with an unwavering connection between two people, an instinct to support and protect, a physical desire that arouses without understanding, and consideration, acceptance and forgiveness without condition. The head cannot reason with what stems from the heart so how can the head reason with the depth of need to commit to love through the sanctity of marriage?

But I have faith. Momentum is building. Petitions and rallies for same-sex marriage continue across the country and others in government are speaking out, even in the Prime Minister's party room with six Liberal MP's and Senators today committing to crossing the floor. Deputy Leader of the Opposition, Tanya Plibersek, wrote about the huge disappointment to millions of Australians who support marriage equality after last week’s decision and more poignant, she apologised in parliament to children of same-sex parents for not having the same rights as their friends who have parents that can marry, simply because they are of the opposite sex. I felt cheated for those families, compounded because of the effect on the children.

Tanya’s apology can be found here and her story, here.

It bothers me as to why people can’t be left to love who they want and commit in the way that's important to them. Our own heart feels as it does and those feelings can't be rationalised to dictate who can marry who. Perhaps we’ve developed into a society oozing in egotistical opinion and judgement, boosted by super steroids, the same steroids feeding the ugly wart of small mindedness.

The heart will always shine through though, even over the ugly wart. Love isn't a commodity or an issue for politicians to play with to suit the day’s agenda. I have enough belief and trust in humanity that all Australians will have the right to marry, sooner rather than later.