A House Not Made With Hands: (3) A Mystical Ingredient

How the story began 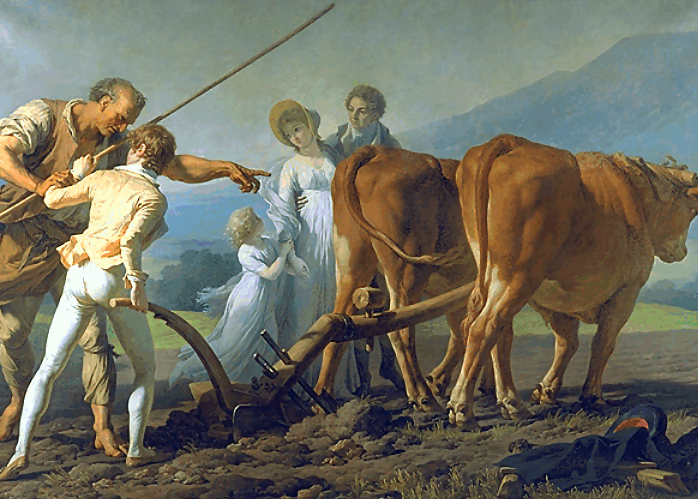 "Plough a straight furrow, lad," William's father would counsel. "Fix your eye on the far side and never look back."

The cultivation of crops and the tending of beasts ran in George Cooper's blood. Both his own and his wife's families had been farmers for generations so that William could not fail to possess an easy affinity with the land.

William loved the rolling Wreake Valley with its winding watercourses, lush meadows and plains where sheep might safely graze. On his return from Melton Mowbray market, footsore and weary from goading the stock, he would marvel at the curious transparency of the air around Rotherby whose cottages snuggled under the square-towered church like chicks about a mother hen. His mother had been Hannah Fletcher, a Syston maid born and bred, whom her husband had carried off to Rotherby after their wedding on All Fools' Day, 1746. It had long been a joke that George had put his head in the noose on so inauspicious a day! That very month, news had reached them of the Jacobite defeat at Culloden in the Scottish Highlands. Bonnie Prince Charlie's hopes of the Crown had been dashed. The Hanoverian redcoats had butchered the Stuart forces and gone far beyond the call of duty in laying waste the Gaelic way of life. Having next to no idea what they were fighting for, half of them, they had sorely punished the brazen-faced clansmen, but the Prince had cunningly slipped through their fingers and gone scuttling back to France. It seemed that Protestant and Catholic had been forever at each other's throats and William, who was given to pondering these matters, was at a loss to fathom why those who proclaimed one Lord could not live in reasonable harmony. 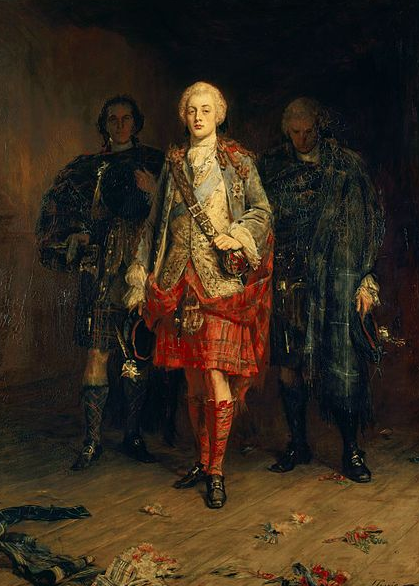 By now, the third George in succession was on the throne. He was German, of course, but unlike his predecessors, spoke English as well as any Charterhouse schoolmaster. He distrusted the nobility for their ambiguous values and preferred to consort with simple mortals. Farming fascinated him. He had a model farm at Kew for the instruction of the young Princes in his overflowing nursery. When he went to take the air at Weymouth, he loved to linger over a breakfast of boiled ham and oatcakes in the kitchen of some local farmhouse while he and the overawed tenant mulled over the problems of good husbandry.

The trouble was that the old ways were changing fast. New techniques were being pioneered to make the growing of the nation's food more efficient. Over in Norfolk, Viscount Coke insisted on the importance of crop rotation. Did he imagine that cottagers could afford to let their strips lie fallow for one year in three? To cap it all, landowners were looking for new means of fattening their pockets. They preferred to see their affairs managed by a dozen large tenants than chase scraps of rent from scores of small ones. This meant that country people were having to turn to labouring and were losing a pride in tending their own patch. Everywhere, land was being enclosed by hawthorn hedges which cost good money to maintain and left little common where you could scratch out a living with a pig or a cow. Fodder had to be begged, bought or stolen.

William was used to hearing his parents discuss these things long into the night over a guttering tallow candle. They had had their share of hardships but had well survived. "Make no mistake, Will, the Lord always provides," his mother would declare, "though not without a vast deal of toiling and spinning from me!" 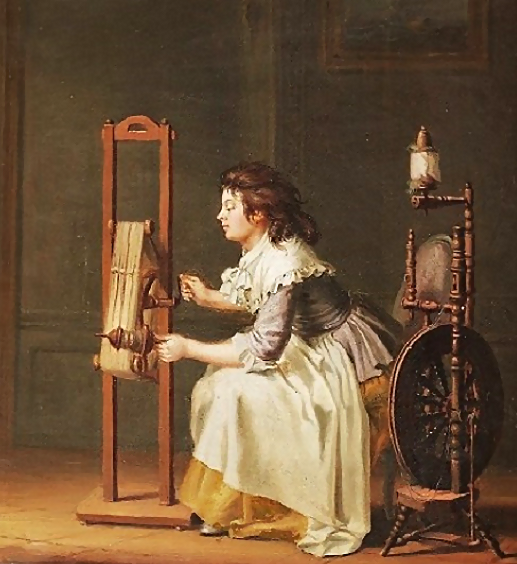 "How can you be sure?" he had probed as a youngster, though he entertained less doubt of her than of the Almighty.

She was pummelling dough at the time, her freckled brown arms powdered with flour. "Do I take bricks out of the oven when I bake a loaf? See this! Left in the warm for a couple of hours, twill be twice the size and more full of hot air than the vicar!” Hers was a mischievous heresy. While she had the deepest respect for the tenets of the Christian religion, a lively nature occasionally drove her to poke fun at the Church as an ecclesiastical institution.

"Is it magic, then?" asked her son, turning his bright face up to her.

"Little nippers ask too many questions and that's a fact."

"Well, maybe it is and maybe it isn't. You might call yeast magic in a manner o' speaking. Tis like faith, like saying your prayers and believing you'll receive what you need." 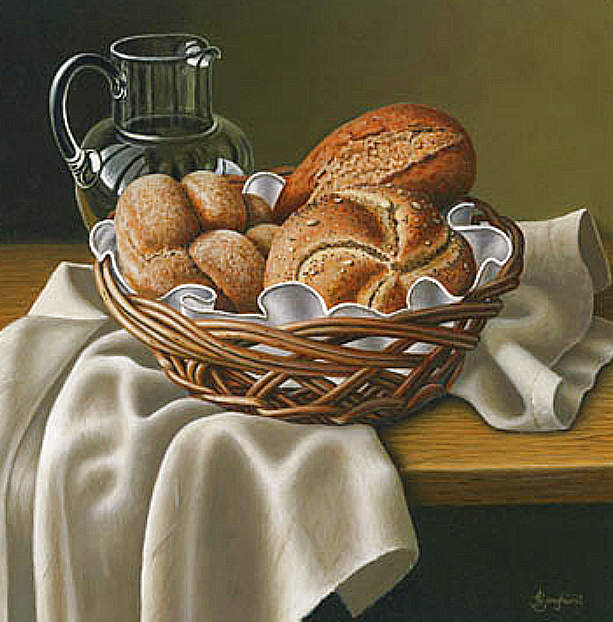 Now that he had reached the age of twenty, William's contribution to the rent was substantial. He was a broad-shouldered youth of medium height with a mop of yellow hair tied back with twine, a skilful farmer with a propensity for book-learning. Before he was three, he had mastered the alphabet from a hornbook at his mother's knee and a year later was composing whole sentences upon his slate.

"Give over stuffing the boy's head with these clever notions," George Cooper cautioned. “It'll do naught to put bread on the table."

But Hannah thought she knew better. If God had given her son talents, he would not readily see them squandered. 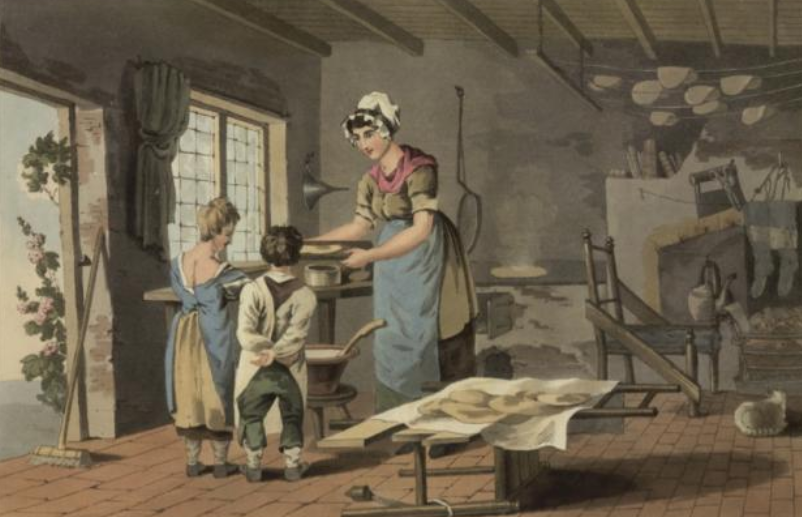 A HOUSE NOT MADE WITH HANDS

A House Not Made With Hands: (1) On Moody Bush Hill

This is the reimagined true story of one community's struggle to bring New Jerusalem out of the clouds during a quarter of a millennium of radical change. The spiritual dynamism inspired by John Wesley in these Leicestershire parishes was multiplied throughout the British Isles and steadily contributed to the welfare and stability of the nation when Europe was in ferment and the beast of anarchy was baying at the door. King George III himself fully recognised the part played by Methodism. He even donated ships' timbers for the building of Wesley's Chapel in the City of London and presented them in person. 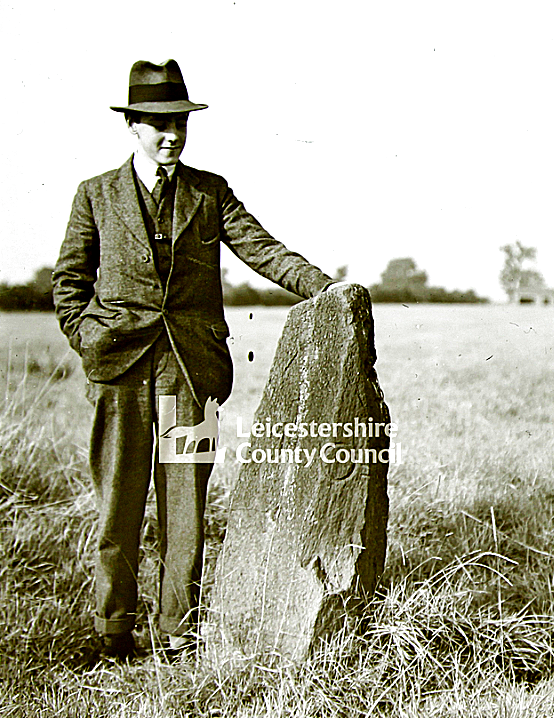 On Moody Bush Hill, just off the bridle path which traces a lackadaisical course to South Croxton, stands a forgotten relic of feudal times. It is neither milestone nor monolith, neither cairn nor cornerstone, a granite tooth inscribed with the words Moody Bush. No one knows how it came to be there or who was the mason who tooled its weather-hewn face. Legend claims that it marks the meeting place of the old hundreds court which debated local affairs when William the Conqueror took it into his head that the Gallic touch was needed to civilise the mongrel peasants of this island. Where the mighty emperors of Rome had failed, he would not!

It is an idyllic landscape, thickly populated with oak and ash, with elder, blackthorn and sycamore, diligently tilled for almost a thousand years since the Vikings first tamed its forests and subdued its stubborn clay with their peerless ploughshares. It rests at the heart of a heart-shaped county, about as far from any alien horizon or the cut and thrust of everything associated with seafaring as you can get. 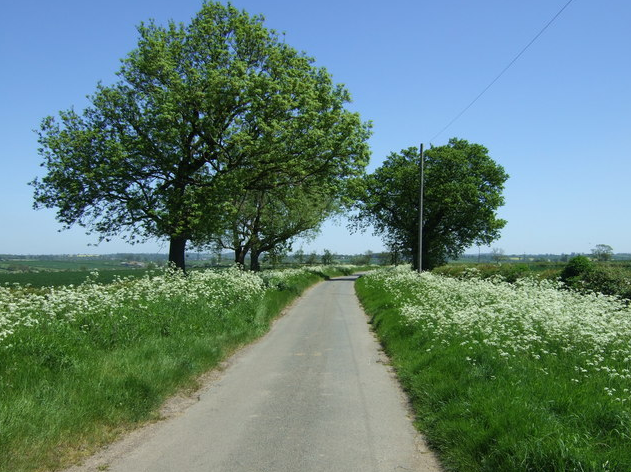 Queniborough nestles in the valley, distinguished by the dragon's tail spire of St. Mary's church, and a mile or two to the north-west, the tower of St. Peter's Church rises foursquare in the parish of Syston. In the archaic tongue of its Anglo-Saxon settlers, the tiny hamlet was named Sithestun after the broad, blunt stone where its patriarchs gathered.

Little affects the tempo of its days. The warring factions to the north and south which contest the right of the Catholic Stuart over the Protestant Hanoverian for the nation's throne are no more than a whispered rumour. Ever since the Roman occupation, shiresfolk have preferred to cherish their roots rather than tangle with offcomers. The fact that St. Augustine, despatched by Pope Gregory I to these pagan shores, had converted Offa, descendant of Eowa, King Penda of Mercia's brother, and the kingdom had grown fat and prosperous as a result, has long passed from memory. Those who work the land assume God's in his heaven and that they know how life should be lived. 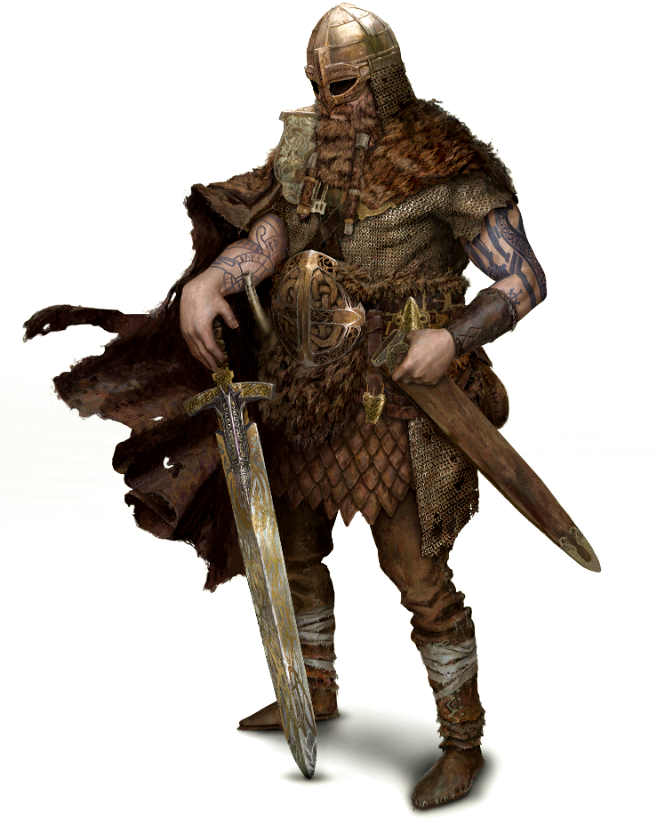 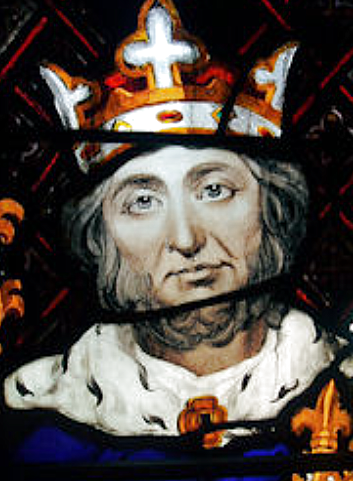 But deep below their pattens and hunting-boots, nature still seethes. The middle ground is riven by an ancient fault line. Some say that, until the titanic upheavals of the Ice Age, the undulating plain which forms the backbone of Charnwood Forest was the highest range of peaks in England. Every so often the earth's core rumbles and sends forth a shuddering ripple which undermines buildings, causes lightning cracks to appear in plasterwork and stirs up a gale. Thunderstorms occur more regularly than anywhere else in the British Isles. 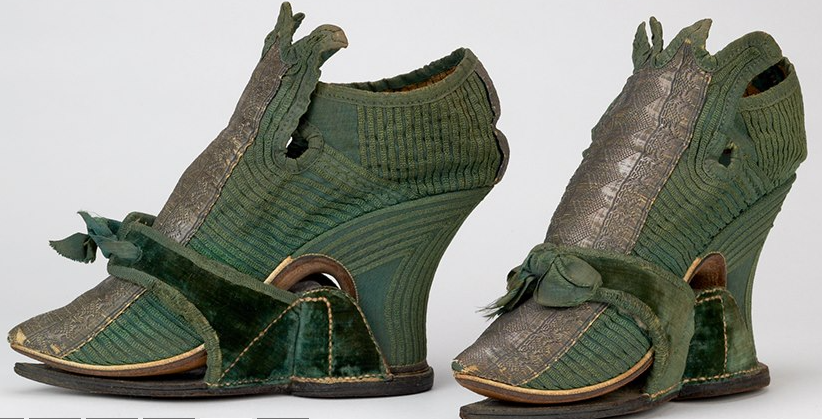 Today, these rocky outcrops, Breedon Hill, Beacon Hill, Burrough Hill, fortresses from the cradle of man, are stations in a chain of beacons. They might warn of advancing armies, hail a new sovereign or proclaim the birth of his heir.

So much for earthquake, wind and fire. But what of the still, small voice...? 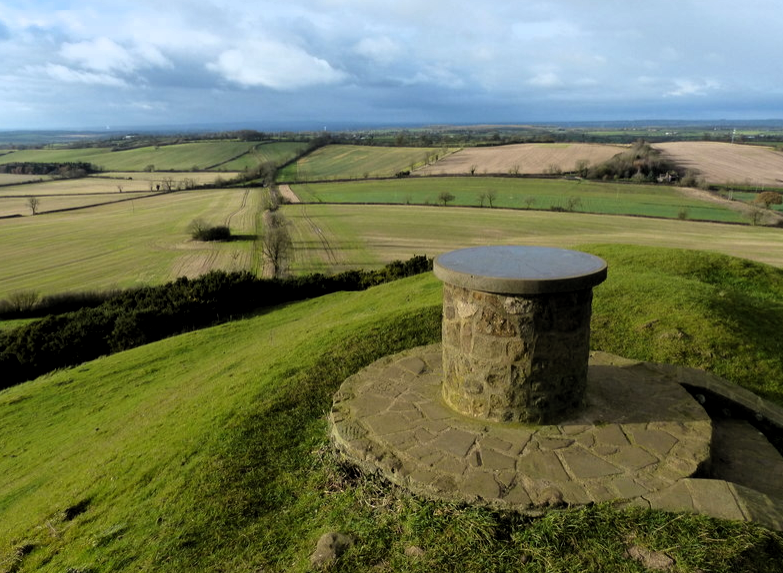 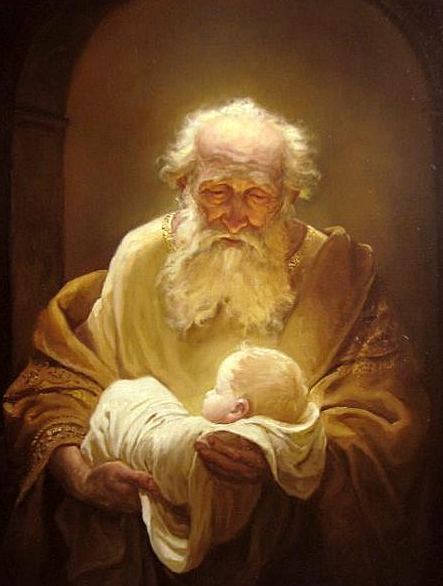 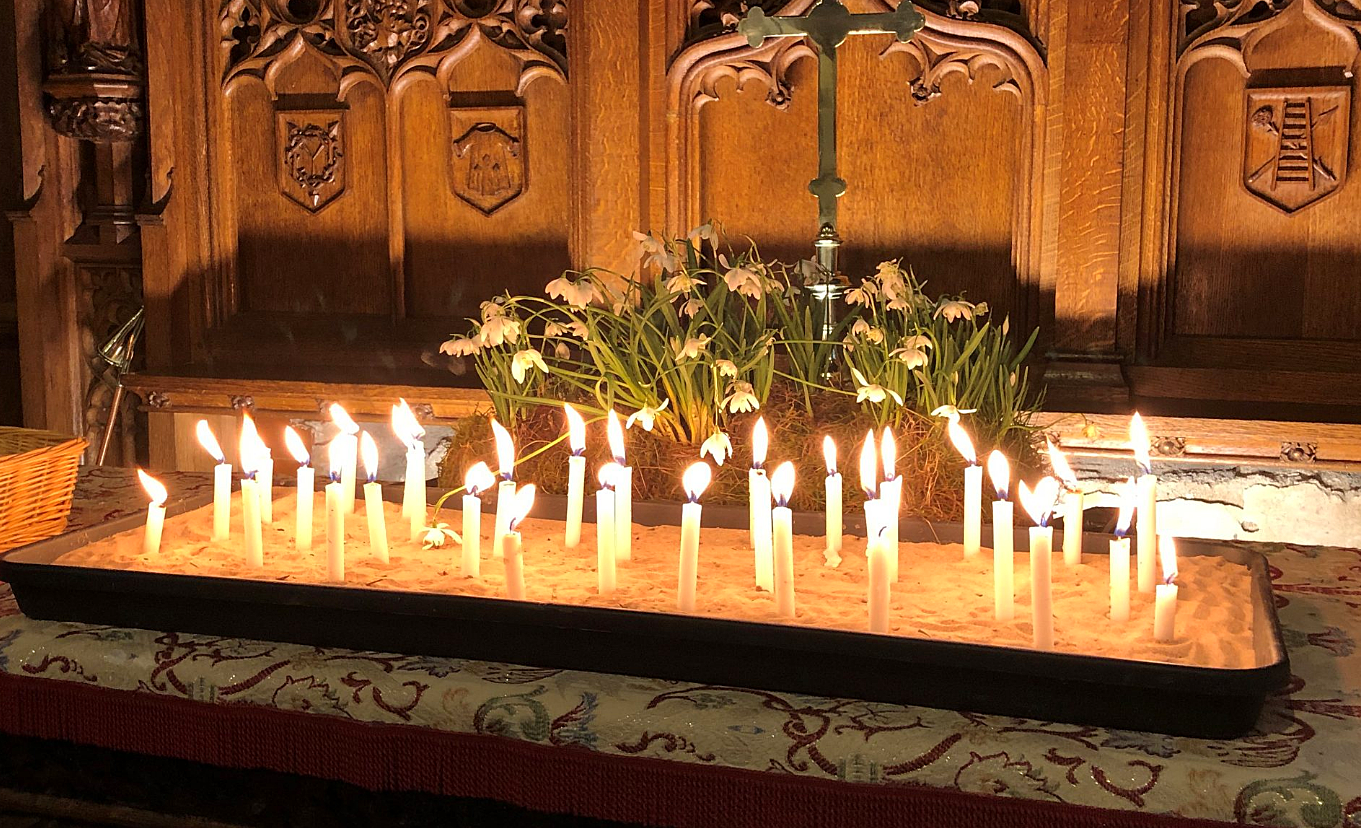 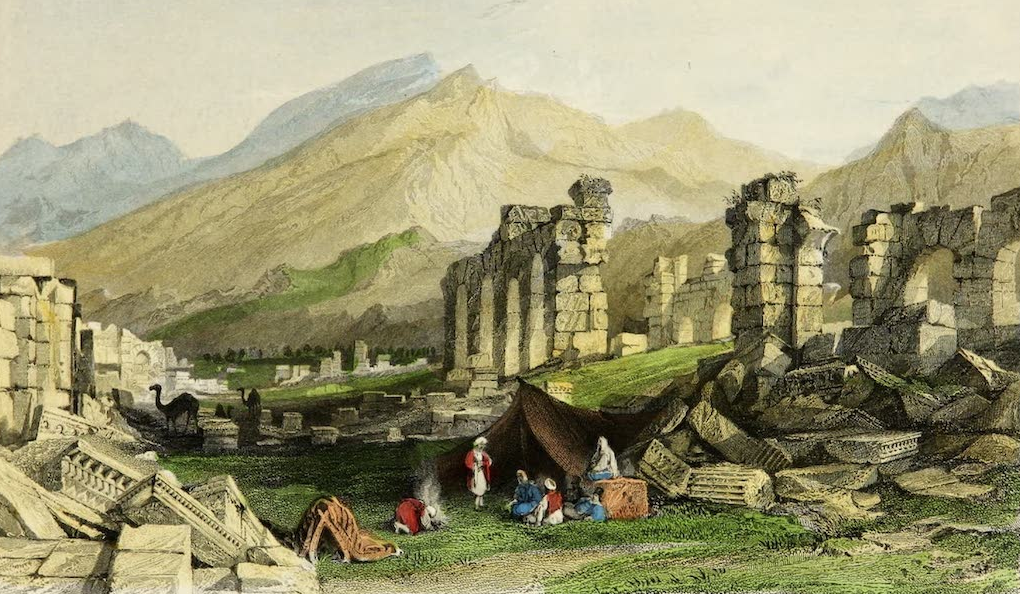 You're neither cold nor hot, he said
You're somewhere in between
You're sitting on the pale, he said
Surveying pastures green

You wander in the wilderness
And ask for stones made bread
How can my leaven rise to Life
When feet are made of lead? 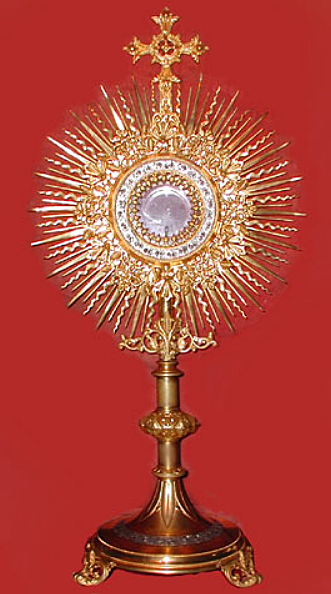