The Coming of Dusk 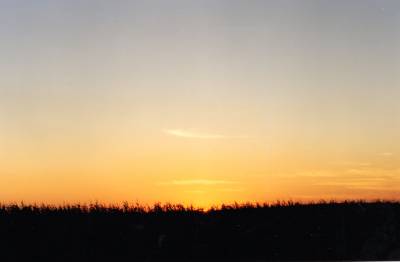 "At times I believe that my feet have been set upon a road which I shall go on following, and that slowly the centre of gravity of my being will shift over from the world of day, from the domain of organizing and regulating universal powers, into the world of Imagination. Already now I feel, as when at the age of twenty I was going to a ball in the evening, that day is a space of time without meaning, and that it is with the coming of dusk, with the lighting of the first star and the first candle, that things will become what they really are, and will come forth to meet me." 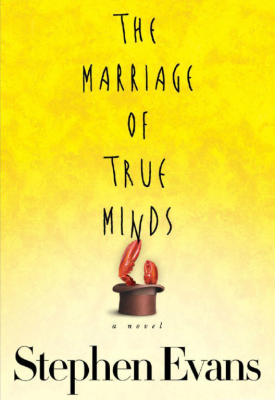 Review of THE MARRIAGE OF TRUE MINDS by Stephen Evans

There are a myriad questions one would wish to ask the author of THE MARRIAGE OF TRUE MINDS, but the overarching one is: Were you aware you were retelling the Easter story in a twenty-first century context?

Don't get the wrong idea, gentle reader, this book is slick and wickedly funny. Its sequence of vivid backdrops is injected with what purports to be fast-paced dialogue, but is actually a stream of interlaced monologues, cutting to the quick of the human heart. It is a filmic novel, as perhaps befits the work of a seasoned playwright and, on the face of it, screams out for translation to celluloid (or whatever it is the industry uses nowadays.) Whether such treatment could ever do justice to this complex-cut and multi-faceted gem is doubtful. It is a measure of Evans' genius that a creation stiff with Byzantine allusions, recurring motifs, classical and philosophical metaphors, can stand alone as a tale of pure comic lunacy.

The action opens when former environmental barrister Nick Ward is arrested for releasing a hundred live lobsters into the indoor pool at the home of the Mayor of Minneapolis. He then has the Department of the Environment fill it with non-chlorinated water and ice to illustrate the effects of global warming on arctic marine life. At the hearing, Nick is delivered into the hands of his ex-wife, Lena (once also his legal partner.) He still considers himself married to her and the stress of divorce appears to have magnified the instability of a sensitive mind.

By dint of psychic manipulation of the proceedings, Nick ends up in Lena's custody for the duration of his sentence to community service, pending a psychiatric evaluation. This involves exercising dogs at a local animal shelter. Here he becomes awakened to the plight of the furry inmates who are 'euthanised' within a few days of being rescued if new owners cannot be found. Nick gets particularly attached to an Irish Wolfhound named Wolfram and when the dog's turn comes to be put down concocts a nail-biting and comically ingenious plot to save him, thus throwing into relief the colossal dilemma for the couple who run the sanctuary.

Meanwhile, Nick's passive handling of the domestic situation (an oxymoron that well describes his ex-wife's predicament) is gradually fretting Lena away from Mogadon Man, Preston Winter, her current squeeze. Nick is accident-prone and inclined to create chaos by his very presence so that Lena always feels pulled into responsibility for him. Although all the old contentions within the marriage are revived and Nick still proves impossible to live with, they come to a kind of existential truce.

On the day of Nick's assessment of competence to testify, there are hilarious scenes of confusion in the courtroom. Wolfram plays a part here, as does Sancho, an English sheepdog puppet, Nick's alter ego, who expresses himself more demonstratively than his tersely fluent handler. (“He's the best person I know. ...Real is trickier than people realise.”) Things are not going well and, in an attempt to prove that his animal activism is the product of a rational mind, Nick contrives to get hold of the bailiff's gun. In sheer frustration he threatens to do away with himself.

“What we need here is a good death... It's our method. Our proposal. Our solution... Inconvenience deserves a death sentence... But let's not hide it in an animal shelter or slaughterhouse or nursing home or prison cell or concentration camp. Let's get it out in the open where we can see once and for all exactly what we are responsible for.”

Deemed unfit to defend himself, Nick is referred to an institution until such time as he has recovered 'normal' behaviour on an appropriate therapy programme. 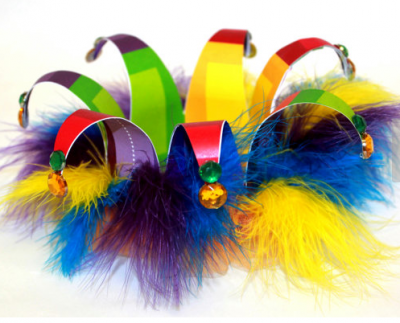 But there is a triumphal denouement in store where Eden garners the marginalised and dispossessed. It fits well with the story's interwoven themes. While it is off-the-wall as high as a kite, it is profoundly logical and we are led to ask the question who is really insane here? The protagonist or society? If, as the book maintains, one definition of insanity is doing the same things over and over again and expecting a different result, then the history of our race surely proves that it is a behavioural mean of the human condition, the fallout of our expulsion from the Garden. The reader also might feel that the reasons for divorce point up the differences in psychology between men and women more than anything else. The whole scenario calls for an innocent scapegoat. This shores up the status quo and enables all concerned to preserve their conceit of themselves.

Nick haunts the narrative like a mesmerised child craning to engage with a mystifying adult world. He has no apparent game-plan and claims to be piloted by visions. Underlying all, the secret snigger of the jester is a little unnerving, until it dawns upon the reader that it springs from glee at his adroitness in turning disaster and the randomness of fate into something coherent. That is his intrinsic gift to Life. To describe it as cunning is miles wide of the mark. The child's vision is both pristine and penetrating and affects by osmosis all who come into contact with him. In reality, Nick is the one holding everything together to the point of exhaustion.

It seems churlish to criticise so accomplished a piece, but the tension is occasionally misjudged. For instance, I suspect the scene where the dogs are about to be gassed, which assaults without warning, is meant to shock, but perhaps it is better to allow your reader to absorb the tension rather than leaving him pole-axed on concrete and obliged to do a re-run!

This novel cannot easily be slotted into a genre. It is a dazzling mix of comedy, magic realism, roman à clef, literary parable. The Shakespearian device of telling a story within a story is employed at a children's party with spellbinding effect and is the most compelling and finely-crafted part of the book. Evans would make a consummate spinner of children's fables, forged with a ring of timeless truth.

His premise that we imagine who we love (insistence on the subjective case, but the objective knock-on is implicit) is resonant of the words of Our Lord, the shadow and substance of all types, and poses the same reflexive and heart-searching question: Who do you say that I am? 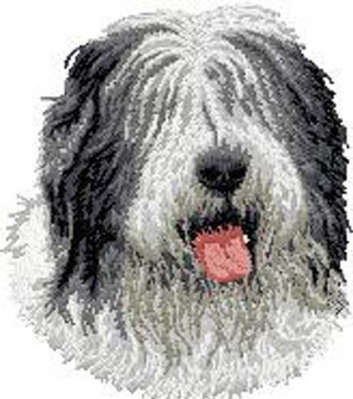