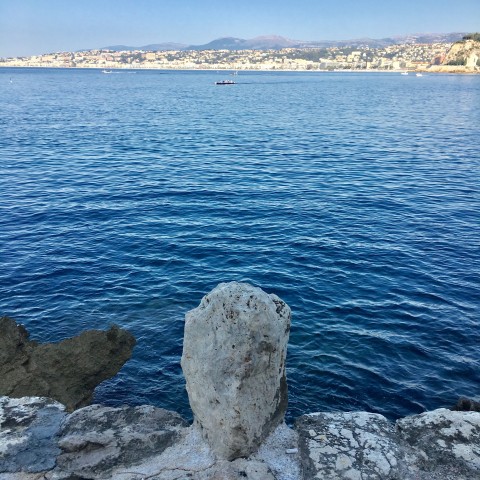 Struggling to break free from a toxic work life,

Staring at the window and watching the sunrise,

Today I find myself sitting at my work station alone.

Alas! this moment of silence reminds me of my core.

Not all is lost, just at a standpoint in between crossroads.

The next steps are beginning to clear.

After slumping yesterday, I’m restored and re-invigorated today. Some, I think, is due to a terrific writing session yesterday afternoon, the sort of session where my typing can’t keep up with the speed of the story being ‘dictated’ to me.

And some is work. Whereas yesterday, I went in 'bleah' and experienced connectivity issues that further deterred my work initiative, today I went in and –

Frozen computer. Blue screen, no, not the dreaded BSOD, the Blue Screen of Death to those who remember, no, but another one I encounter that I can’t track down. It’s a recurring Tuesday issue and seems to be associated either with my VPN Client and its updating process or the world computing project. This is a project to connect idle computers – with permission – to create a massive chained supercomputer and see what can be done with its computing power.

One of those two things seem to cause my computer grief. My only option on encountering it is a hard boot and recovery. Only took fifteen minutes today but it took down the spreadsheets I’d opened, leaving me grumbling, where was I? as I sipped my first cup of coffee, listened to a conference call and stared out the window at the drizzle, wondering where the day was and the outside temperature. But last night I’d decided I needed to apply myself and work today, so after giving the computer my best glower of irritation, I got on with it.

So now I’m deep into the writing flow, that terrific, fantastic place where my mind screams, “Keep up, keep up,” and I scramble to write and capture and edit and revise, eager to get into the next chapter, the next scenes, and the next, and the next, and the next. Of course, I must rush to chase the muse, which puts me on edge but it’s a high, an exhilarating adventure in being. I hang on and type and write like crazy, though I feel myself falling behind, recalling, what was that scene between Mother Nature and Death I envisioned while flipping through Brain on Fire? What was it that came to me as I watched House of Cards?

A little thought, a little coffee, a little more coffee, and a trickle begins, gaining momentum and volume, then bursting upon me – Yes, now I remember.

And partly, I think writing through about my work frustrations and weariness helped me expunge that poison and helped me find my balance again.

Time to write like crazy, at least one more day.