And in Other News

"Stephen Evans’ short story collection, The Mind of a Writer and Other Fables, serves as a loving tribute to Evans’s late father, remembered here as an entrancing storyteller who once toyed with becoming a writer himself.

The stories here are diverse, veering occasionally into magical realism, fantasy, and science fiction, but always literary and tightly written.

The shortest stories comprise single paragraphs. Anne Hathaway Remembers, for example, imagines the title character’s longing for her husband (Shakespeare), who was absent for many years. Mrs. Evans Remembers similarly conjures a recollection of the author’s own father through the eyes of his mother. Each manages a depth and intimacy belied by their brevity.

Other stories include fables, oddball premises, and stream-of-consciousness musings, often rather funny, and ranging from silly to profound: Henry David Thoreau tries in vain to sell a publisher on Walden; children erect an army of animate snowmen to repel a zombie apocalypse; a sensitive boy relates being bullied for abstaining from McDonalds, not because he’s a vegetarian, as it turns out, but because he’s a vampire.

There are serious stories too, rendered with sweet melancholy. In one, a young physician tries to help his hallucinating grandfather, who is haunted not by illusion but real memories, each pleasant but heartbreakingly past tense; as they form recollections together they find solace and connection with one another.

The Mind of a Writer is wide-ranging, and not all stories are equally engaging, but most are quite enjoyable and all are rendered with insight and precision. It’s a worthy memorial to Evans’ father, who supported his art, and a lovely collection, imbued with warmth, wit, and wonder."—Blueink Review 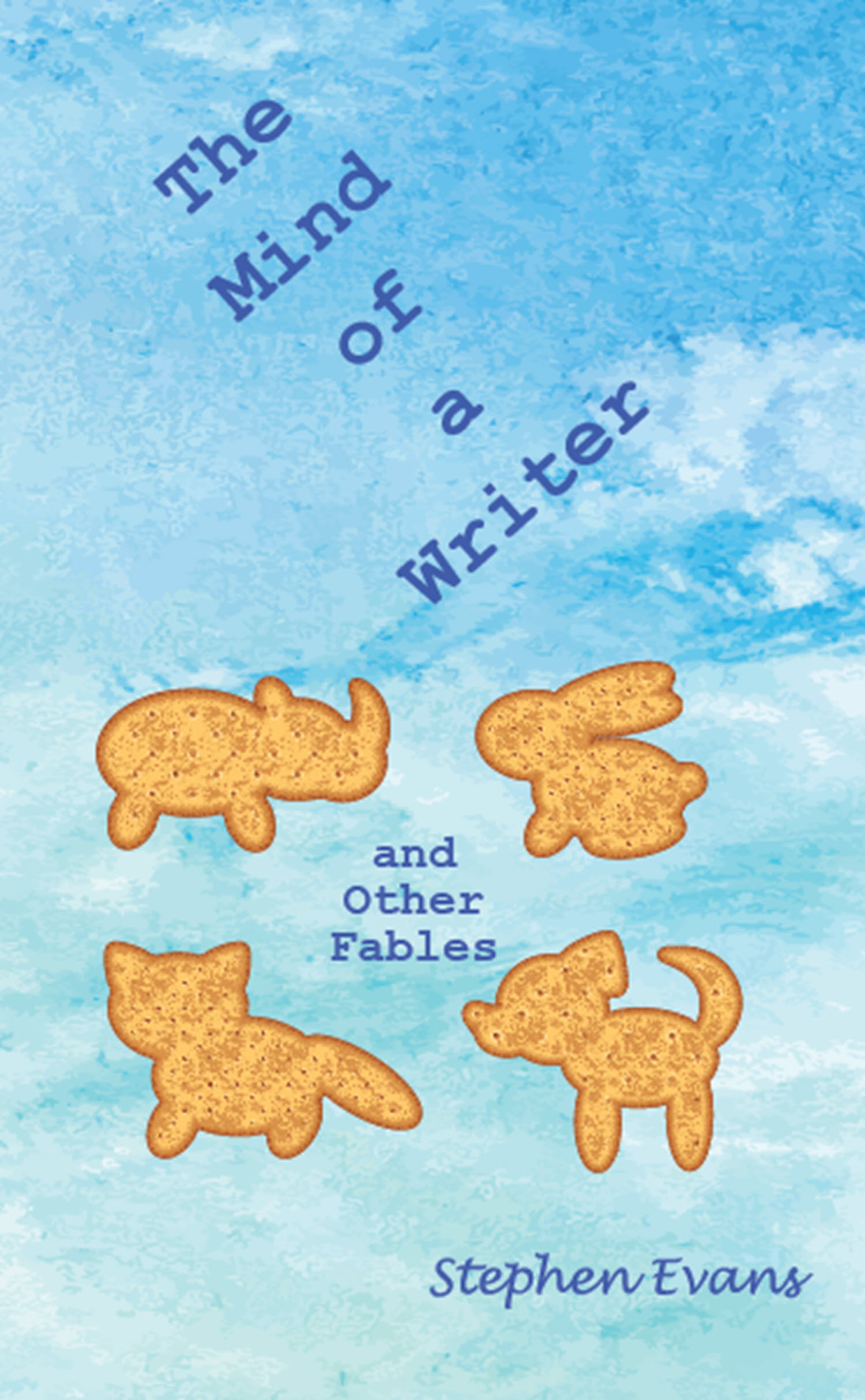 Good luck with that! Looks interesting.