It's October -- Time for Hot Air

I'm sitting here listening to thunder booming and rain drops hitting my water barrel...almost like water torture. Another day, another deluge. The yearly monsoon was something of a dud but we have more than made up for it in the last ten days. It all has to stop by tomorrow.

A post about hot air in October could be about politics as usual in the wake of a horrific mass shooting but I'm headed in a different direction. The Albuquerque Balloon Fiesta starts this weekend. For about ten days the city population almost doubles. This is the 46th annual event. I think they have it down pretty well by now. I remember my wife and I going to Fiesta number seven and it was a little rough around the edges. The pre-dawn grass was about seven inches high and sopping wet from dew. We squished after walking to the launch site. It's much more tailored now with a dedicated and groomed Fiesta site. There is a network of shuttle busses bringing people from all over the city beginning at 4:30 AM. I take a later bus but it is important to be there by 6:00 AM. They seem to have the traffic problems of early years resolved.

The first thing you do getting off the bus is make a bee-line to the food vendors. You need coffee. I get something dusted with powdered sugar -- donut holes or funnel cake -- so I can be speckled with white smudges all day. Breakfast burritos are the big thing -- something you can eat out of your hand while staggering toward the balloons. There are all kinds of burritos and not all have the red or green chiles as the major ingredient. 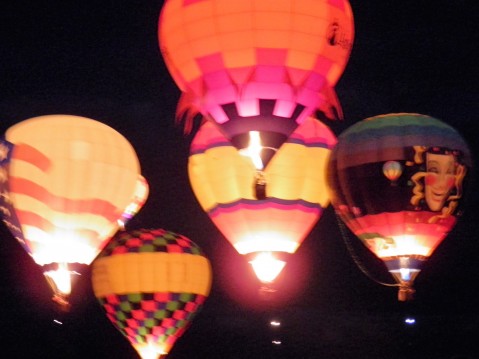 Before long the Dawn Patrol will inflate and go up precisely at 6:00 AM. These are five or six brave balloonists who go up in the dark with lighted beacons to test the winds. Everyone watches and waits. It is not uncommon that the day's mass assencion is cancelled because of dangerous winds -- On those days the Dawn Patrol disappears or makes a hasty landing.

The go-ahead call is made pretty quickly. On weekends there can be from 500 to 700 balloons going up in a mass assencion that takes about an hour starting at 7:00 AM. On perfect flying days there is something called the "Albuquerque Box" when the wind at one level blows northward up the Rio Grande valley and at a lower level blows back southward. On those days you can fly for the whole morning and land almost where you tookoff. 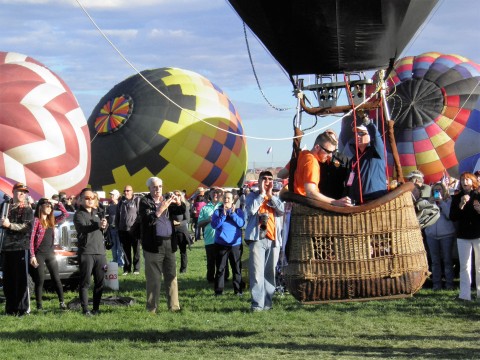 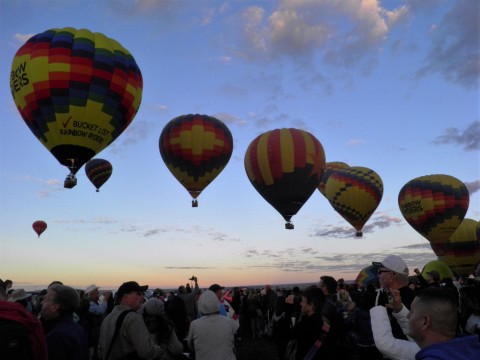 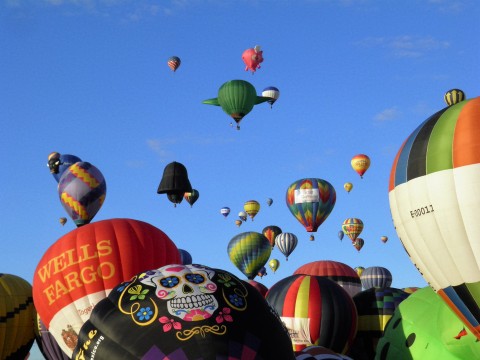 The whole thing is pretty much over by 9:00 AM with the exception of a few aerial acrobat  events and powered hang-glider flights and demonstrations. Everybody gets a second cup of coffee, peers at their cameras or cell phones to see what pictures they captured and then heads back to the waiting shuttle busses. Some will do it all again the next day. I have visitors coming this year so I'll go on that last weekend when they are here. This is a "bucket list" event for many people so I have folks visiting about every other year for the Fiesta. When the main event is over at 9:00 AM there are plenty of other diversions going on all over town. There's also evening events at the launch site -- concerts and balloon glows. There's much to see -- New Mexico is gorgeous this time of year (assuming the rain stops). 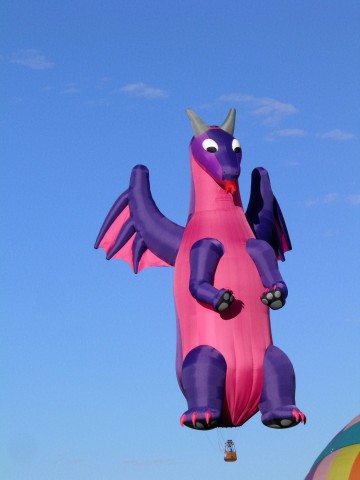 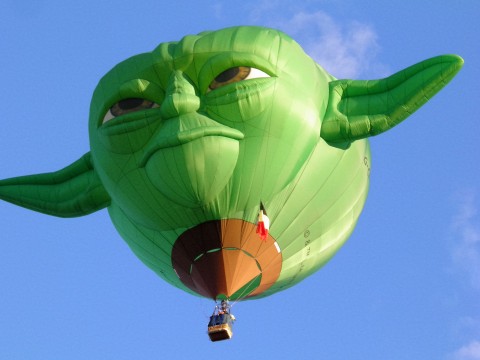 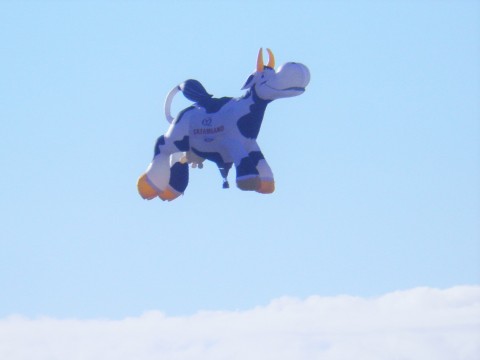 If I'm going I usually pick a day in the middle of the week for smaller crowds but on most days I'll sit in my front courtyard and watch the balloons sail up the valley and then drift back down. Usually we have one or two land in the vacant lots around my house. The neighbor across the street runs out with coffee and paper cups for the chilled balloonists. I'm busy taking pictures...like I need more balloon pictures. 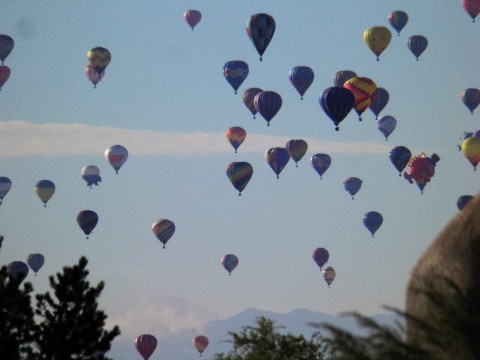 That's an event I have long wanted to see!

Nothing if not uplifting! Fabulous fun!

When I lived in the UK Midlands, flotillas of balloons floating over the landscape and above the house were a not uncommon sight, but now I live on the South Coast are rarer for obvious reasons. The ire of the neighbourhood's dogs was aroused at having their boundaries threatened from a strange presence above panting puffs of fire

A peaceful and colourful sight in these times of noisy distraction. Thank you!

0 Cancel Reply
Nothing if not uplifting! Fabulous fun! When I lived in the UK Midlands, flotillas of balloons floating over the landscape and above the house were a not uncommon sight, but now I live on the South Coast are rarer for obvious reasons. The ire of the neighbourhood's dogs was aroused at having their boundaries threatened from a strange presence above panting puffs of fire A peaceful and colourful sight in these times of noisy distraction. Thank you!
Cancel Update Comment

The frenzy has subsided and quiet has returned....until next October. Thanks for stopping by.

0 Cancel Reply
The frenzy has subsided and quiet has returned....until next October. Thanks for stopping by.
Cancel Update Comment