I do, obviously. It is one of my favorite lines in one of my favorite films. I don’t see six-foot-tall rabbits (or none I’m admitting to). But sometimes I think that something like his transformation may have happened to me. For years, I was smart, but being smart didn’t make me a writer.

Twenty years ago, I decided I was supposed to be a writer. I thought about writing. I read books about writing. But I wasn’t actually doing any writing.

So, feeling the years slipping by, I quit my job and headed out across the country, intending to write a book. Yet mile after mile, I wrote nothing, except a few emails about the amazing scenery and how often I got lost. Eventually, I gave up and turned toward home.

A thousand miles or so later, a butterfly got caught in my windshield wipers. I slowed down and got off the highway at the next opportunity, coaxed the little guy onto a sheet of (blank, no doubt) paper, and set him onto a patch of grass near some woods. He couldn’t fly anymore, but he could walk. I watched each slow, painstaking step until he disappeared into the brush. Then I got back in my car and on the highway.

Moments later, a poem came to me about the butterfly. Quickly, I dictated the words into my recorder. It wasn’t great poetry. But it was the first creative writing I had done in a long time.

That night, I sat at a desk in my hotel room and began to write. I didn’t stop until I had finished the entire first act of a play, and then, over the next few years, finally a book about that trip:  A Transcendental Journey. 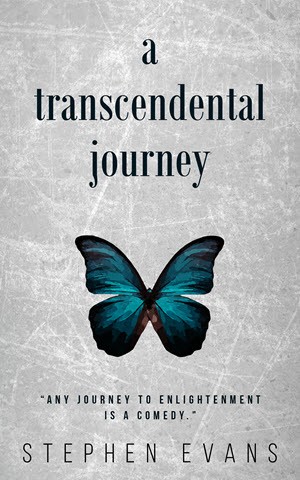 Since I wrote A Transcendental Journey, so much of my life has revolved around taking care of family—a time that has also been the most creative of my life. I think there is a connection.

I began The Marriage of True Minds, my first novel, while I was taking care of my aunt Margaret, to whom it is dedicated. I edited the novel while staying with my friend Don in what turned out to be the last months of his life. The final piece of the story was based on the eulogy I wrote for my brother Michael.

A few years later, when both of my parents were diagnosed with health issues, I moved in to take care of them. My writing during those years consisted mostly of short pieces. But I think it is some of my best work.

After my parents passed away, I was lucky to be able to take some time off. I thought I needed it—needed to get back to being the person I used to be. I never did. I don’t think now I will. And I wouldn’t choose to if I could, as a man or as a writer.

In a year, I wrote drafts of two books, plus half of a third. Two were published this year: The Island of Always, an extension of The Marriage of True Minds, and Painting Sunsets, a story for young artists. The third book comes out next month.

I don’t really like the word caregiving: it is too one-sided. Caring for someone is a shared experience, often both deeply rewarding and deeply draining. But in each case in my life, I feel that some reflection of that shared experience, and of the person I shared it with, has gone into the work.

As a writer, my instinct is to wrap myself up in a solitary world—to live in the one I am creating. But I have realized that what works for me may be the opposite: turn out, see the world, do what needs to be done for the people in your life. And as you do, trust that the wheels are turning in your creative spirit.

Caring is the wildest fuel for the writing fire.

You may quote me.

A version of this piece first appeared in Publishers Weekly.

It's a wonderful thing to be able to find a way that helps us create, whether we live in or between two worlds - our creative and real - is irrelevant. It's what inspires and fuels us that matters, and it can be different today from tomorrow. Congratulations on your upcoming book.

1 Cancel Reply
It's a wonderful thing to be able to find a way that helps us create, whether we live in or between two worlds - our creative and real - is irrelevant. It's what inspires and fuels us that matters, and it can be different today from tomorrow. Congratulations on your upcoming book. :)
Cancel Update Comment

Thank you! It amazes me sometimes that inspiration can be found where I would never expect it. I guess we just try to be awake and aware.

0 Cancel Reply
Thank you! It amazes me sometimes that inspiration can be found where I would never expect it. I guess we just try to be awake and aware. :)
Cancel Update Comment