Our thoughts bewitch us at times. A certain rough edge
of our perception snags an errant and unsettled
hint of trespass.  Like time is standing still. Such was
the case on my visit to the Kiowa Ranch. 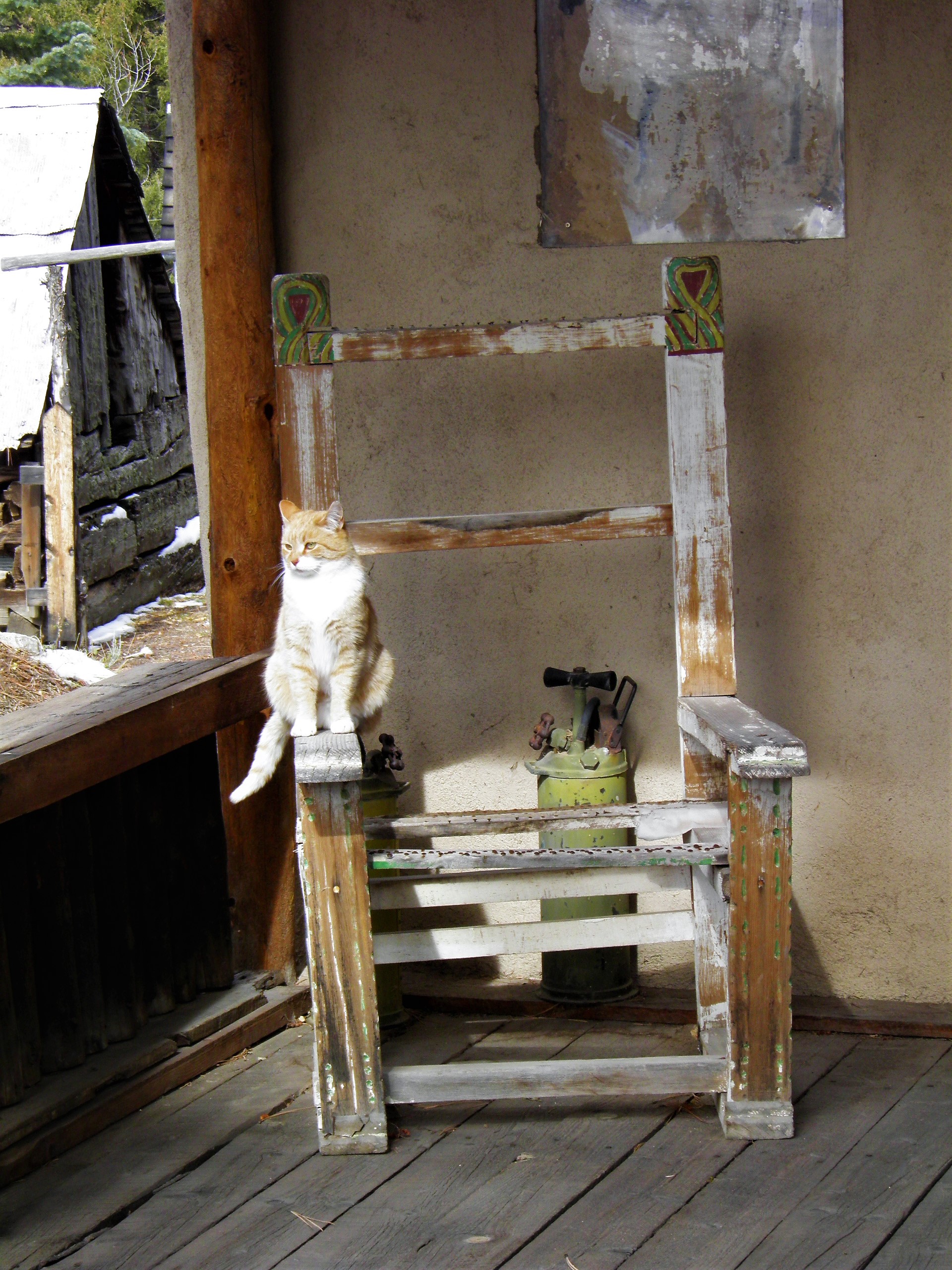 The old throne chair, now in ruins, sits on the porch
as if waiting for some wandering king’s return.
That was his chair, back then, and it saw a lot of use
almost a century ago.

Every day the current cat comes from somewhere
and sits on the arm of the chair and waits.
He is of the present generation of cats. It’s his job now.
Passed down. It is his chair now. He waits.

He has a spot worn into the arm of that old chair.
He listens and surveys the view, near and far;
to the somber hills and to the distant peaks:
to the Sangre de Cristos — the Blood of Christ.

The “master” left in 1925. He returned only once – to be
finally laid to rest. This was the only place that Lawrence
and his wife, Freida (the Baroness von Richthofen),
ever owned. It was called Kiowa Ranch, back then.

It seems fitting as a resting place for a restless soul.
This small ranch, near the village of San Cristobal,
a mere fly spec, was his treasured home.  But
San Cristobal is the patron saint of wanderers.

Frieda lived on at the ranch into the 1950s.
The cats knew her. Georgia O’Keefe was here.
Aldous Huxley was here.  A constellation of stars
once graced this old porch. 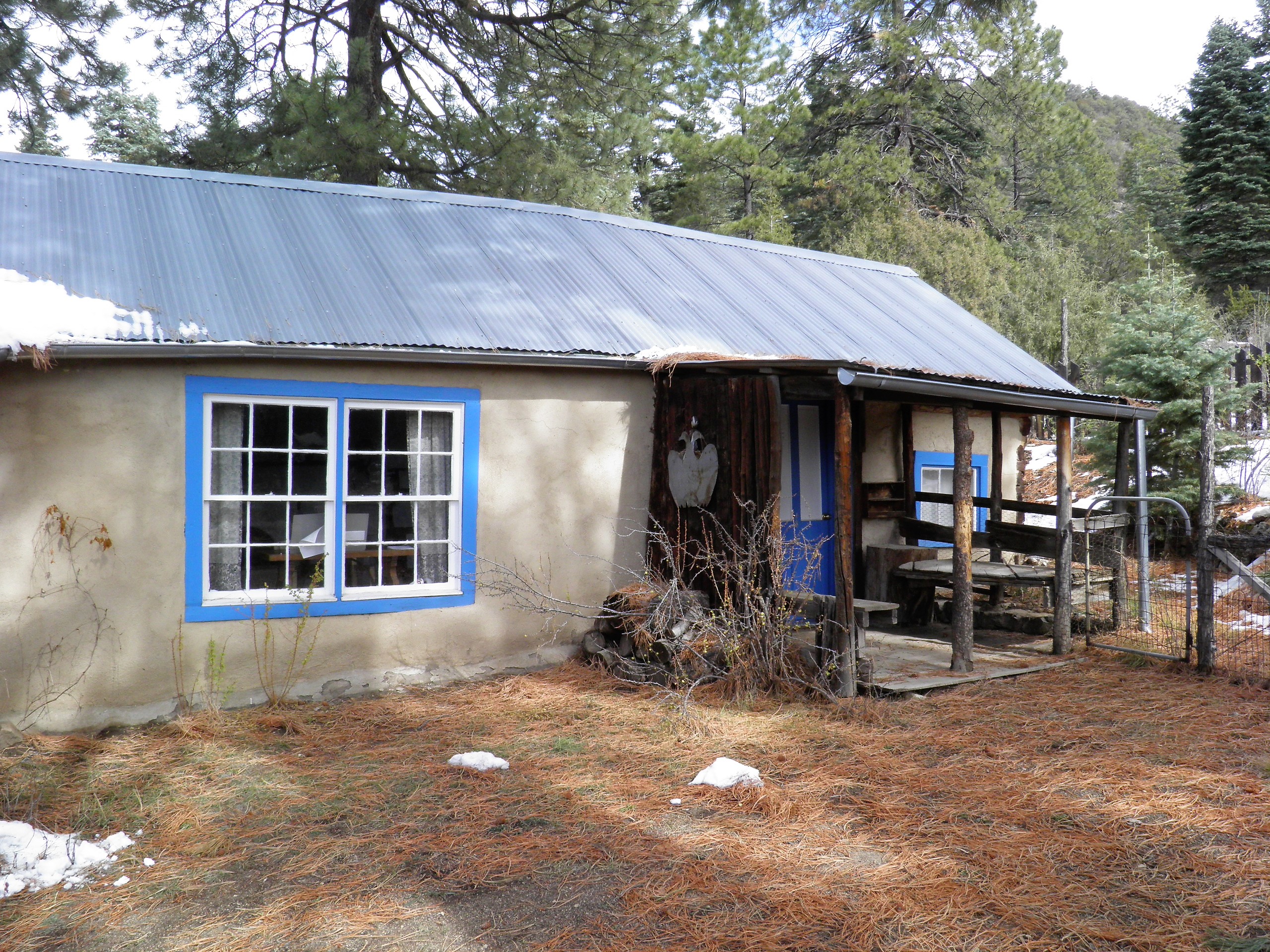 Accommodations were challenging and rude, at best.
But this place stood in opposition to the “roaring 1920s”
and I think that was the deliberate point of it –
a point of departure – of escape.

Lawrence was contrary if he was anything at all,
and as remote as the ranch. Getting there, even today,
is a challenge. It was far different from what he knew
before, in England and Europe.

How was he viewed by the local Hispanos?
He was the stranger on the hill. He was a writer.
Some days they might have faintly heard him hammering,
trying to fix the barn or the fence for Susan, the lone cow.

Lawrence liked to write outside under a huge Ponderosa Pine.
He would drag a table outside and write in the open air.
He remembered: “One goes out of the door and the
tree-trunk is there, like a guardian angel.”

The tree is still there, waiting too, a guardian angel
along with the cat and the chair and the porch and
the house,  just as it was when it shaded the writer
at his table. It still drops pinecones where he worked. 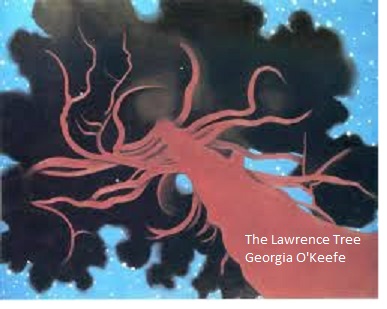 Georgia O’Keefe made a painting of the old tree —
lying on her back during her time at the ranch.
It is tall and strong and could likely endure and
wait another hundred years.

New Mexico agreed with him and offered a cure
for his soul and his ever-weakening affliction.
He completed five novels and several short stories,
and a collection of travel essays, all under his tree.

Wanderlust returned and he headed back to Europe.
He stayed near Florence and in France. Soon years passed.
His affliction returned. He died in France in 1930.
He never again saw the ranch.

Years later Frieda had his ashes brought back to the ranch
and interred in a small shrine that sits on the hillside
above the old cabin with the porch and the chair
and the cat and the tree all patiently waiting. 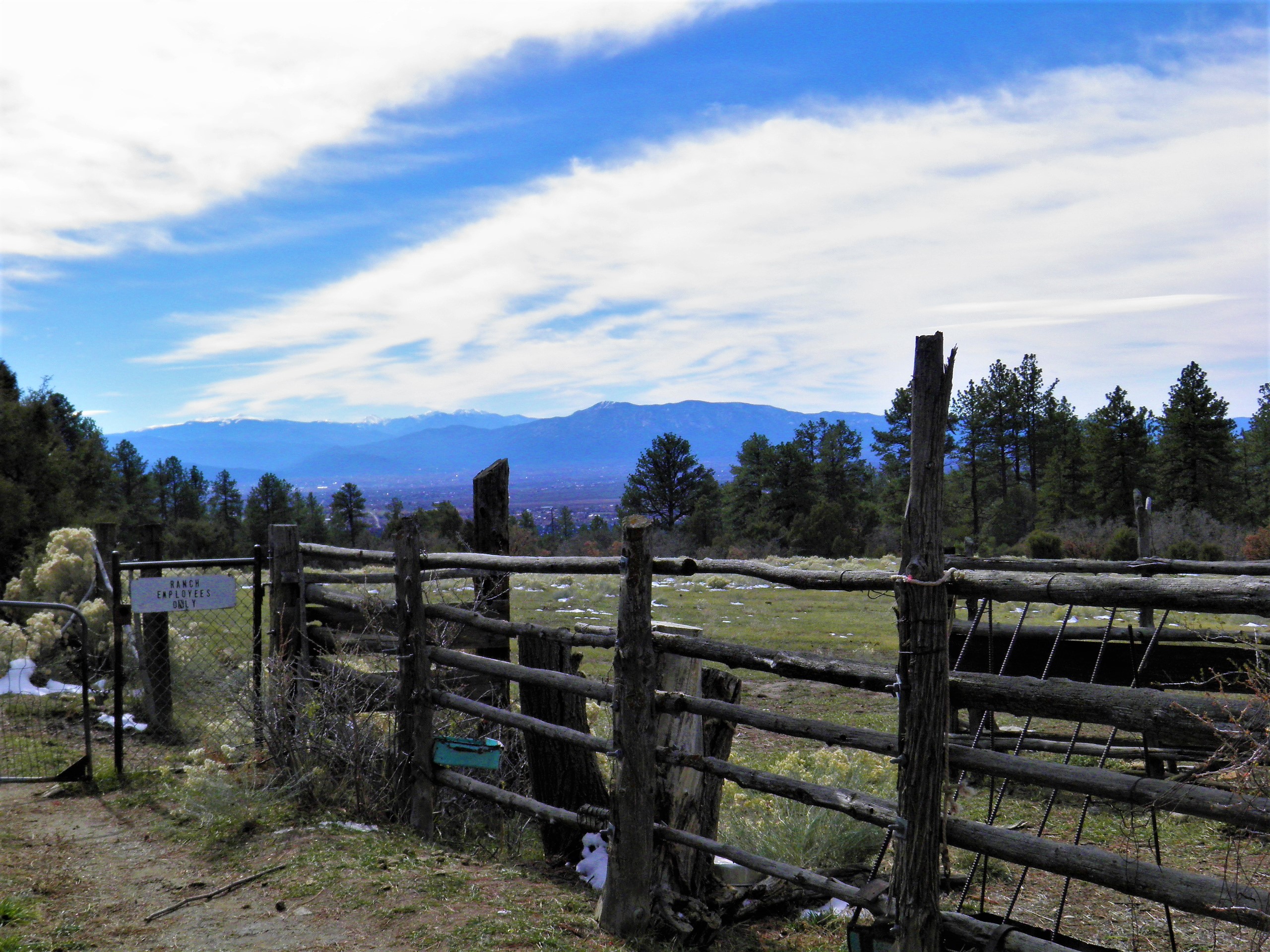