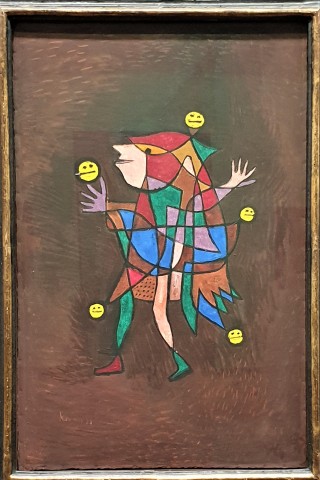 She sobs, walks in a wallowing of bowed head. Her pace is steady. Purposeful.

She forces him to walk in front of her, so he’s walking backwards while gripping her elbows, trying to stop her.

She lifts her head and screams at him. I can’t make out her scrambling shrieks, or his faint replies. But I’m ready, with phone in hand, to call the police. Who knows what he’s about to do to her.

She strides on, pushing against his force. Then suddenly drops to her knees. She screams at him to get away, to leave her alone. But he’s not listening, he’s on his own mission.

My finger swipes my phone on. I scrutinise his every move, watch him block her path. That’s a form of violence, surely. To use force to stop her from freely acting as she wants and needs. I’m about the call 000. She drops to her knees again, screams at him to leave her alone. Then sobs into her hands.

This is society in lockdown, families under considerable strain as people are forced together. They can’t separate or escape from any dire that might exist, building more frustration in the bind to unhappy homes. It’s well noted that when families spend more time together, family violence increases. Restricting our movements to help stop the spread of COVID-19 is causing violence in homes to be more frequent, more severe and more dangerous.

Family violence organisations are reporting a surge in demand for services, and governments have increased spending on crisis accommodation and for those experiencing family violence during lockdown. Some perpetrators are threatening to take their children outside and expose them to the virus, or themselves, so they can carry the virus into to the family.

While the spike in family violence is being reported, it is also to some degree, being endured silently.

Family violence is what I’m witnessing from my sunroom window before the sun has risen. It’s the kind of dawning day for this woman and man that few will know or hear about.

And it’s only one of many scenarios that isn’t being heard or fully understood. There are few who aren’t experiencing their own struggle right now. Many are grieving the loss of freedom, have no work and can’t pay their mortgages or rent or buy food. Millions have locked themselves up in extremes of paranoia, not daring to leave the confines of their homes for weeks. How difficult it may be for some to leave their homes when we're able to move freely once again.

Many can’t be with loved ones at their last breaths and at final farewells, can’t grieve together and instead, the pain festers in deep loss and heartache. Those battling mental and emotional demons daily, fighting to stay afloat, are battling harder than ever in a state of confusion and uncertainty. They’re trying to manage their imbalance in a much more complex environment. Even those locked up at home with time to focus on home and self, are battling and digging for an inner strength.

The yearning for social contact has its own level of audibility, exposing egos that are craving attention, more than they ever have. And in a world of polarity, these amplified voices are drowning out those battling silently. The ongoing joke in my extended family is to be prepared to be tackled to the ground for hugs when we can be together again.

Quiet strength is being drawn upon everywhere. In the many helping quietly and unassumingly in our communities, the organisations and people assisting the elderly and vulnerable. Many act without recognition or a need to make a noise, they pick up food and medications and deliver to those in lock down. Children deliver groceries to their elderly parents and have a cup of tea with them from back door steps or through windows in apartment blocks, parents school children at home while also working from the kitchen bench, and others work from phones and laptops to great effect in a nook in a back corner of the home, continuing to serve their community and society at large.

It’s apparent in my street outside and in the vast number of relationships that were fragile and held together by the thinnest of threads before COVID-19 struck, now pushed to limits in confined homes. The suffocation, frustration and heightened irritation, the growing resentment, and deep digging for that inner strength.

These hotpots of emotion stew away in cauldrons spiked in poison … and one of those hotpots is exploding outside my window. It’s 6.30am and I can only just make out the two solitary figures, the male towers over the small female frame. They’ve only walked the length of two residential houses. He hasn’t done anything to physically hurt her. He’s not been violent, but he is threatening, attempting to control her. She’s obviously fearful, is besieged on her knees, unable to move.

I’m careful to stay behind the curtain. If he’s a violent man, he could retaliate if he knows I’ve called the police.

He moves away, his hands in his head. She jumps up, but he’s on the ball. And then as I predicted, a punch is swung.

But it’s from her. She’s thrown a punch at him to move him from her path. He grabs her, tries to cradle her. She shakes free and screams at him to leave her alone. She darts past him, her backpack firm on her shoulder.

He tells her to get in the car so they can go home. She screams no. He runs ahead and tries to block her again. She sobs, screams. She’s going to swing at him again, I need to call the police.

Then I hear her very clearly. ‘Leave me alone. I need a drink. I have to buy a drink.’

My heart sinks in sympathy with the man's slumping shoulders. He stands limp, watches her march towards the shop. She needs a drink. And he’s powerless to stop her.

He’s not giving up though. He dashes to his car parked a few houses down the street and drives alongside her. Their conversation becomes inaudible as they move away from my house, but his determination is resolute and he crawls beside her in his car up the street, towards the liquor shop.

A good mate of mine, in fact, he’s a beautiful man, he says that everything has no necessary reason and that nothing is contingent on anything. He says that when we understand that, we can see that the world is what it is, and we can transcend all the bullocks.

Some might call it unconditional love. Acceptance of the polarity of life, the whole spectrum of life: good, bad, joy and sadness. It’s all necessary.

I wonder what he would say about what was happening outside my window, about our isolation and being segregated. He has written a great about that too, people being segregated. Perhaps he’ll write about our isolating life now, in the months to come. I hope so. I’d love be able to ask him what he thinks but I’ve never met the guy, only know him through his words. His name is Giorgio Agamben, described as Italy’s leading philosopher and ‘one of the most delicate and probing writers’. He says a lot that make sense to me and sometimes I just smile in awe at what he reveals.

While I believe and accept that life is full of polarity, all is necessary for the balance of life, I do question why things happen the way they do.

The thing is, we’re all here to learn the hard stuff, crack our shells to let our light shine brighter.

Hats off to all of us for the strength we must find to deal with our hard stuff. We all have it. But gold-lined top hats off to those steaming along in quiet strength, while making little noise.

"Acceptance of the polarity of life" -a phrase rich in meaning.

0 Cancel Reply
"Acceptance of the polarity of life" -a phrase rich in meaning.
Cancel Update Comment

Rich in experience too.