We Shall Go On to the End 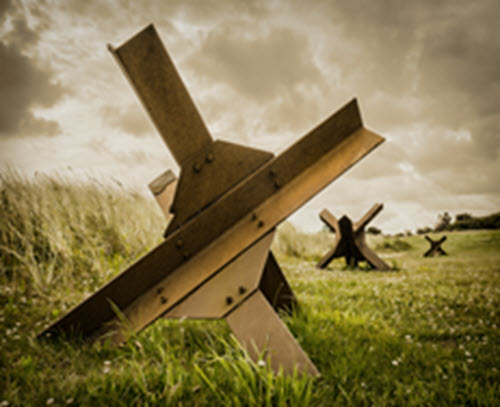 On this D-Day anniversary, I have to admit I don’t watch war movies, even very good films like The Battle of the Bulge or Saving Private Ryan. I don’t watch anything violent if I can help it, as I don’t want to invite that into my psyche; these images are far more powerful than we understand.

But recently, by some coincidence, I happen to have been reading war books. First, The Guns of August by Barbara Tuchman, about the start of World War II, and the epic mistakes and misapprehensions that led to that tragic conflict. And The Enormous Room by E. E. Cummings, a brilliant depiction of a French prison camp during that war.

And last night, I happened on a recording of Winston Churchill’s stirring speech to the House of Commons following the Word War II battle of Dunkirk, and remembered then the slim thread upon which civilization may hang.

Most in the US Armed Services who have died in action did not do so to preserve our country, or our rights. The US as a nation has not been directly threatened since the war of 1812. But thousands of US servicemen died (in Europe and the Pacific, in Korea and Vietnam, in Afghanistan and Bosnia and Somalia and Iraq and Syria) attempting to save civilization, and more, trying to create a better world. We honor their service and sacrifice most by continuing to do so.